DIYers, after diving into 3D printing, can get straight into another home entertainment that is increasingly gaining popularity. As you’ve already gathered from the name itself, laser engraving at home is finally a reality and you don’t have to spend outrageous amounts of money on your first machine. Similar to 3D printers, you can get quality laser engraving machines for as little as around 200 euros. One such home engraving machine is the already advanced ATOMSTACK A5 M40 with a laser power of up to 40W. 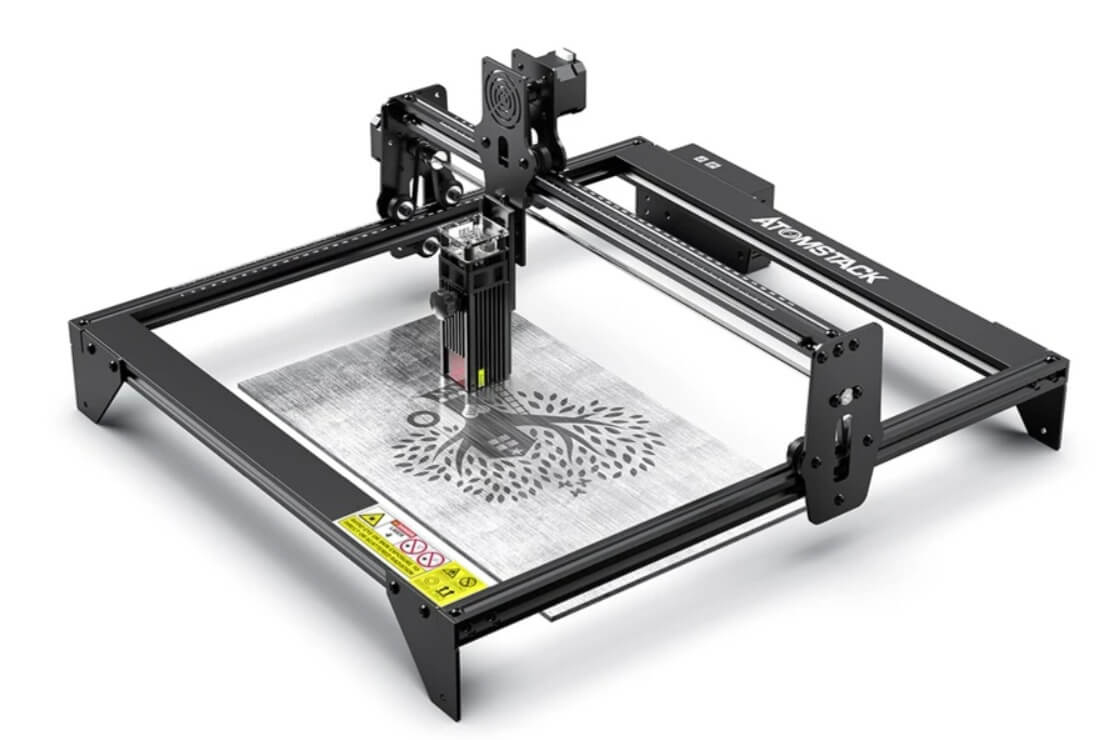 The ATOMSTACK A5 M40 laser engraving machine is built on an all-metal frame to ensure maximum durability and precision when engraving. In the case of laser engravers, however, you should expect them to take up a bit more space on the table than a conventional 3D printer. This is mainly due to the large engraving area. In this case, the size is up to 410 x 400 mm.

What a laser engraver has in common with 3D printers, however, is delivery in the form of a jigsaw. The manufacturer ATOMSTACK takes great care in the easy assembly of its products, as the whole engraver should take the average person no more than 20 minutes to assemble. 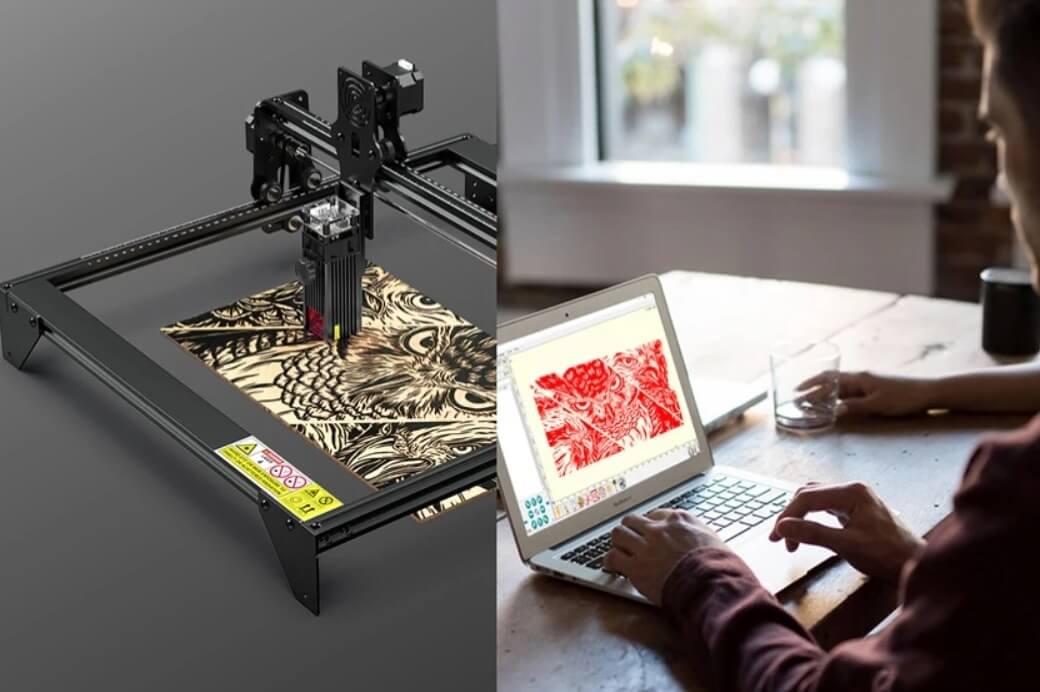 Although it is primarily an engraving machine, the ATOMSTACK A5 M40 can also handle slightly thicker nuts. In fact, this model allows engraving of almost all materials, but also cutting 12 mm thick wood. The engraving machine itself is relatively easy to operate, as it works with well-known software such as LaserGRBL or LightBurn.

As engraving has its risks, when choosing an engraving machine, care should be taken with the safety features and safety equipment of the engraving machine. In this case, the manufacturer has opted for an advanced protective cover located directly on the laser head. This blocks up to 95% of UV rays, so you don’t need to wear additional protective goggles during the actual engraving.

Be the first to review “ATOMSTACK A5 M40” Cancel reply