Beelink introduced an updated version of the recently announced Beelink GT-R mini-PC, called Beelink GT-R Pro, which we have already written about in previous releases. The new PRO version has an additional hub for connecting a smartphone via USB Type-C, so you can see the smartphone screen on your PC and connect several peripherals via USB. This version also received a special Hi-Fi audio module to improve sound quality.

This version installs mainly the same hardware with AMD Ryzen 5 3550H APU with low power consumption, the ability to install two M.2 drives, one of which – NVME, up to 32 GB of RAM on two SODIMM modules and an additional 2.5-inch drive. The case also includes a fingerprint scanner for secure access to Windows and information. 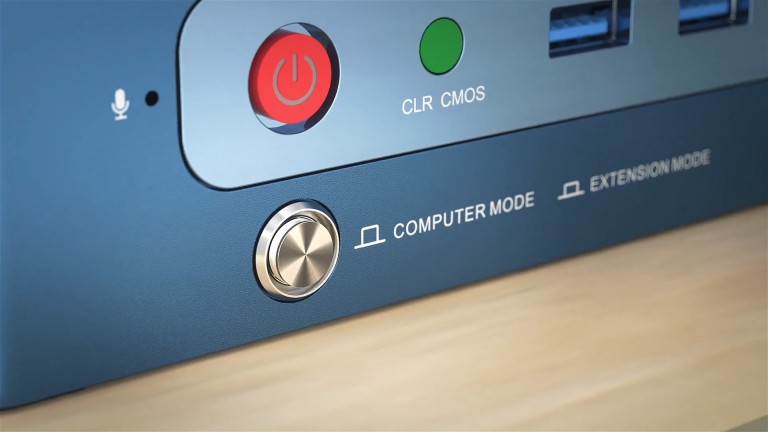 The Beelink GT-R Pro works on the basis of AMD Ryzen 5 3550H chip, quad-core processor with eight threads, made on 14nm technical process with Zen 2 cores with clock frequency up to 3.7 GHz and including a powerful graphics processor Radeon Vega 8. The cooling system uses two fans with a pipe system in contact with the APU as well as laptops.

Probably the Beelink GT-R Pro mini-PC will be released in barebone formats without RAM and built-in disks, but there will probably be versions with 4/8/16GB of 2400 MHz DDR4 RAM and various storage options for its M.2 2280 SATA and NVMe SSD. Inside the small case, we can also install an internal 2.5″ SATA disk, and there is also a device for reading SD cards. 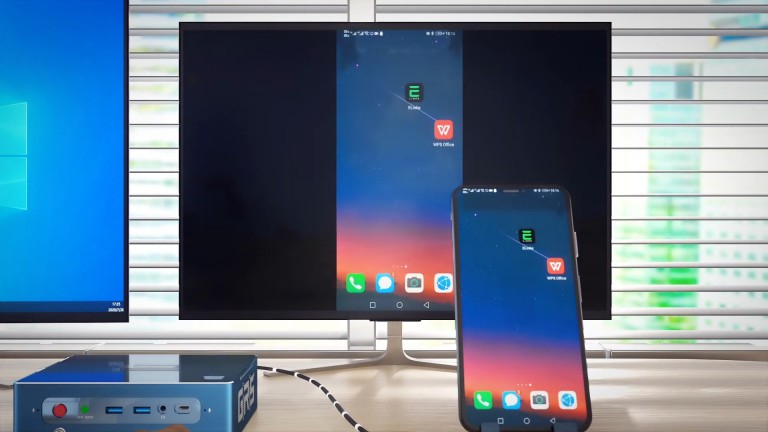 At the bottom of the connectors there is a new area called Extension where we can connect our smartphone using the USB Type-C connector to use it as an external hub, HDMI video output and two USB ports for connecting peripherals. A special Hi-Fi amplifier has also been added to the novelty, which improves the sound path.

It is 100% compatible with Windows 10 and Linux, there are two microphones in the front of the case to give orders to Kortana if we want it. It has support for a default VESA mount to attach it to your monitor.

Be the first to review “Beelink GT-R Pro” Cancel reply