In the small crowd of Jasper Lake processors offered by Intel, the Celeron N5095 is positioned in a rather interesting segment. The Beelink U95 is part of it and offers this chip accompanied by 8 to 16 GB of RAM and 256 to 512 GB of storage.

The Celeron N5095 is a quad-core processor, without hyperthreading, clocked from 2 to 2.9 GHz with 4 MB of L3 cache memory and a TDP of 15 watts. On paper, nothing extravagant, but having been able to play with a MiniPC prototype equipped with this chip, it offers a little more than twice the computing capacity of a Celeron N4100. This will probably not allow the Beelink U95 to change the world, but it will offer more muscle to small entry-level configurations. 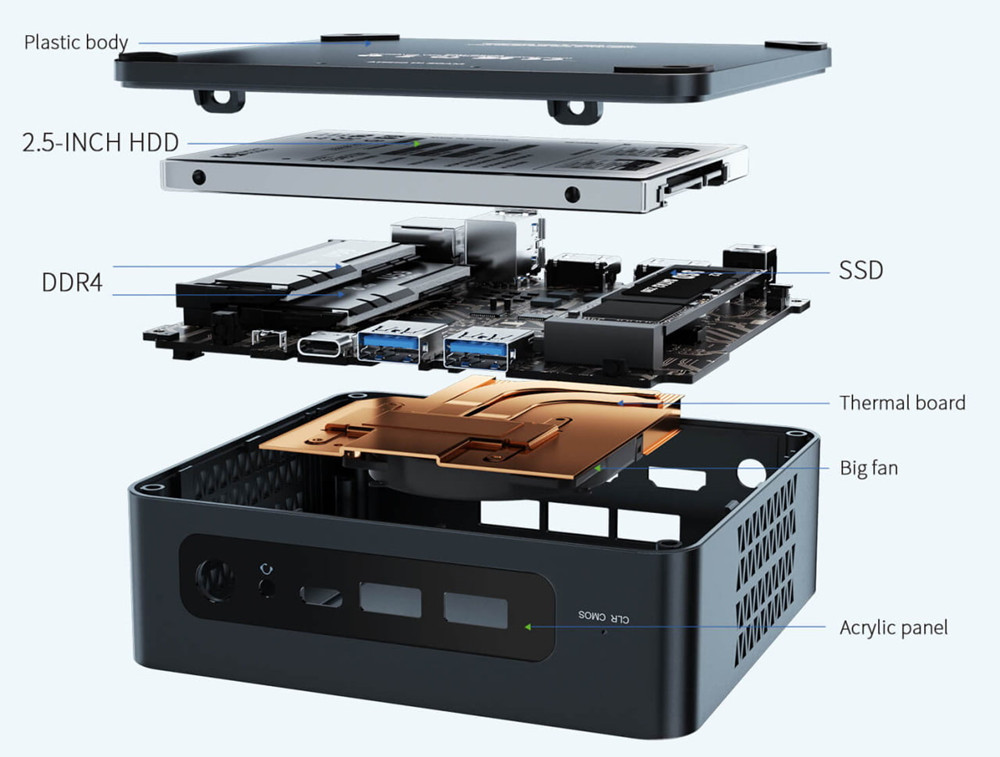 That’s what the Beelink U95 seems to be aiming at, a slightly muscular entry-level system for all everyday uses. With an Intel UHD graphics circuit hosting 16 Runtime Units, the processor will provide the device with enough power to drive full multimedia uses, surf, work and perform all classic office tasks. It’s possible that the device will even be powerful enough to allow you to play a little bit of older titles without worrying.

The MiniPC will be available in 78 and 16 GB of RAM thanks to two SoDIMM slots. An M.2 2280 PCIe NVMe slot will also be part of the package and the chassis will allow for the addition of a 2.5″ solution of one’s choice for a second SSD or a mechanical drive within the 7mm thickness limit.

Connectivity is quite comprehensive with a Wifi5 module and Bluetooth 5.0, four USB 3.0 ports, a non-detailed USB Type-C port, a 3.5mm audio combo jack, Gigabit Ethernet and two HDMI 2.0a outputs. No pricing for this model yet, nor a really viable estimate, as the Celeron N5095 employed here is very uncommon, so it’s hard to settle on a price.

Be the first to review “Beelink U95” Cancel reply