There seems to be a time when manufacturers start competing to see who can design a nicer rugged phone and the Blackview BV5100 is also a product of this. But it’s also a good choice for those who want a durable, waterproof phone but don’t really want to compromise much in any area. With the Blackview BV5100, you don’t really need it, as it also has 4GB of RAM, an 8-core processor, NFC, wireless charging, four back-camera, and a high-capacity battery.

Not extremely emphatically, but you can see the durability of the device, mainly from the corners. However, it is notchless, so it shows a picture of a classic smartphone. The back cover is pretty good, there is a color camera island, a little carbon, some stripe texture, colorful parts, so okay. The fingerprint reader is located on its side. 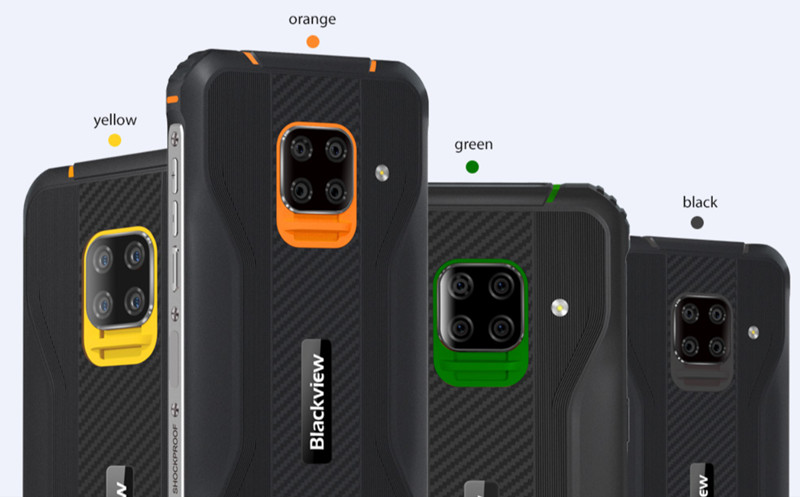 The size is 159.4*77.7*13.7mm and the weight is 275g, which is a heavy piece, but this is nothing new in the durable category. The Blackview BV5100 complies with the IP68, IP69K and MIL-STD-810G standards, which in practice means that it can not only be used continuously under water, but is also resistant to high-pressure water. According to the manufacturer, it can be up to 1 meter in water for 24 hours and up to 1.5 meters in water for 2 hours.

The display size is 5.7″ with a resolution of 720*1440 pixels and is protected by Gorilla Glass 3. The hardware is based on the MediaTek Helio P22 eight-core processor, which is enough for average use. There is also 4 GB of memory (RAM) and 128 GB of storage that can be expanded with a microSD memory card. The structure is powered by a larger 5580mAh battery that can be charged via a Type-C connector with 18W.

Be the first to review “Blackview BV5100” Cancel reply