Today, it is no longer noticeable at all to say that BliztWolf has arrived at a smart watch and now another has arrived, this time in a sporty design. It is sporty, but also of the more demanding variety, plus it is waterproof, in addition, its battery has a high capacity, by which it pulls out for up to 30 days on a single charge. Oh and the Da Fit app, which is one of the better ones, plus there’s some game on the class.

What the Amazfit T-Rex has launched for the smartphone is carried forward by the BlitzWolf BW-AT2, as it would be a shame to deny the similarity. On the other hand, it’s so demanding, the buttons are good, they are protected against accidental pressing, so it’s pretty good in the sports category. 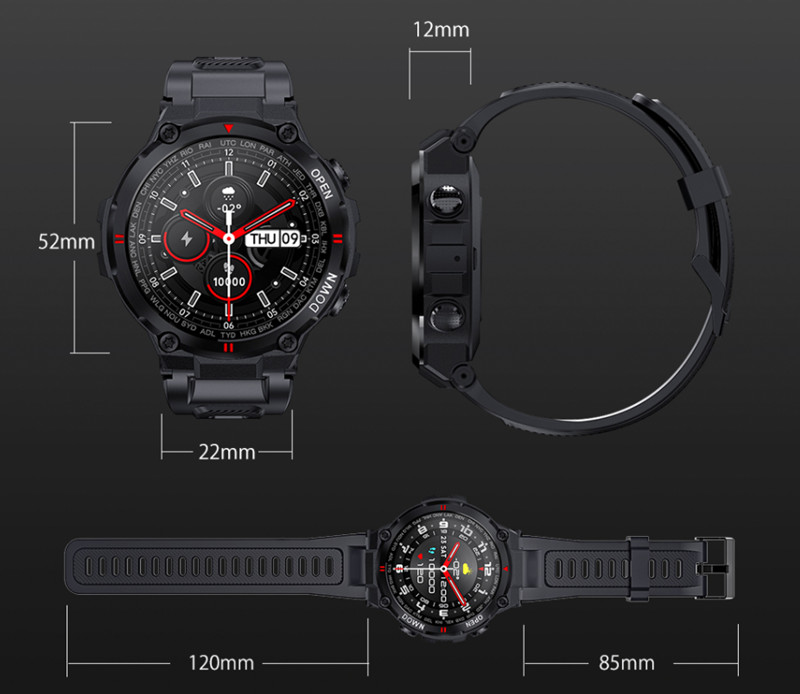 The size of the touch screen is the standard 1.3″, with the standard resolution of 240*240 pixels. As always, in this case you can choose from several lesson sheets. Its brightness is freely adjustable and the display turns on to lift the wrist.

Unfortunately, it was not clearly stated, but for all the smartwatches tested so far that included the Da Fit app, it was possible to download watch sheets. So chances are it’s still the case right now and there’s a reference to it: “Multi-watch Faces Support, set in the App”.

The battery has a large capacity of 400 mAh, which according to the manufacturer provides power for up to 30 days (but in very intensive use it is more like 10 days).

Be the first to review “BlitzWolf® BW-AT2” Cancel reply