BlitzWolf has recently launched its new flagship projector, the BW-VP10, which supports motion compensation and autofocus for $199.99.

The projector continues the square look of the BW-VP11 and BW-VP12 with a solid metal body design and a centered lens. This center lens design allows for on/off switching via the lens cover.

In terms of configuration, this new projector comes with 2GB of memory and 16GB of RAM, with other configuration information yet to be announced. As for the system, it uses Android and also supports the installation of third-party software such as Android Market. 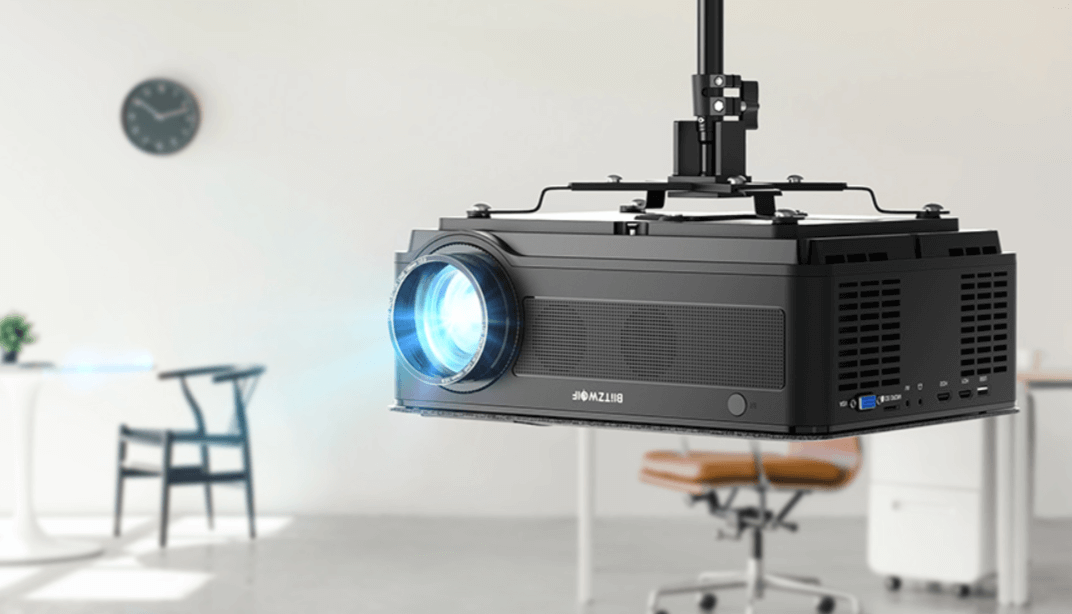 The BlitzWolf BW-VP10 has 6500 ANSI lumens brightness, so you can watch movies normally in the daytime. In terms of picture quality, this projector uses DLP display technology and is equipped with a 0.33-inch DMD display chip, which supports 1080P resolution video playback. In addition, it is equipped with SuperColor dazzling technology, supporting HDR10 high dynamic range and MEMC motion compensation technology.

In terms of features, the BW-VP10 projector supports power-on autofocus and ±40° four-way keystone correction, providing a larger angle of picture correction compared to its predecessor.

In order not to irritate the glasses, it has a built-in infrared ultrasonic sensor, and when the front of the lens is blocked by an object, the projection light source will be extinguished, which can avoid direct light to the eyes.

In general, this is a main cost-effective projector, its configuration and features are more moderate, its picture resolution is not as good as the BW-VP9 in the same price range, users can choose according to their needs.

Be the first to review “BlitzWolf BW-VP10” Cancel reply