A cheap, almost budget Full HD projector with bluetooth 5, 5G wifi and other goodies has arrived: the BlitzWolf BW-VP13, currently priced at just $149.99. It is a more interesting projector with a polygonal shape and black colour. This is a projector capable of playing Full HD content, and its native resolution is Full HD, which means it projects the image at that resolution. The brightness is 6000 Lumens. 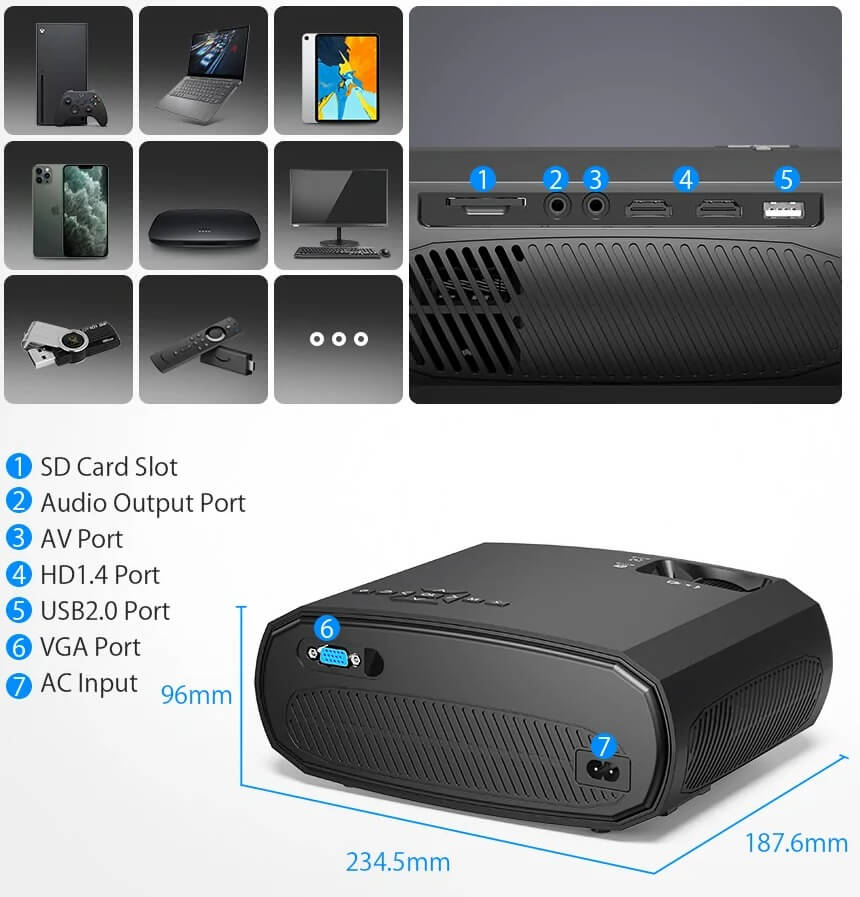 Projectors should ideally be positioned at the right height and angle, otherwise the image will be distorted. This means that they should preferably be parallel to the projection surface. This is not a problem in practice, rarely is it not possible.

However, the projector must not be tilted up or down, otherwise the image will also be distorted. This can be more problematic, because the projectors need to be at a certain height to project in the right place and either there is something to put it on or there is not. If you’re lucky, you have a stand and can put it on that, and if you don’t, you have a table with a few things on it. If neither of these is possible, then the next thing is to put something under the front of the projector that makes it stand upright, but that distorts the image.

This is obviously what projector manufacturers have in mind, so there is the option of trapezoidal correction, which can be done at two or four points. The two-point trapezoidal correction can correct the above problem, but the four-point correction can also correct if the projector is not parallel to the projection surface. Expensive projectors can do this automatically, cheaper ones need us to do it, but it’s a simple matter.

The more expensive version of BlitzWolf BW-VP13 allows you to mirror and project the display of your phone wirelessly via 5G wifi (Android, iPhone wireless).

Be the first to review “BlitzWolf BW-VP13” Cancel reply