BlitzWolf has launched a million different projectors, which is very nice because at least there is something to choose from. There are cheap ones, more expensive ones, very beginner machines and very professional ones. The newly released BW-VP14 is somewhere in the middle of the range, both in price and in performance. I like the fact that it has a few clever features, but the trapezoidal correction is a bit palm-slapping.

The BlitzWolf BW-VP14 is basically a good device based on its specifications. It has a Full HD resolution, a 6000 lumen LED and a lifetime of 40 000 hours. These all sound good enough, what’s not so good is that it only has vertical manual trapezoidal adjustment with +/- 15 degrees adjustment. You can live with that, but it means you should use it as much as possible for front projection, so that you don’t need to use the correction as much or as little as possible. 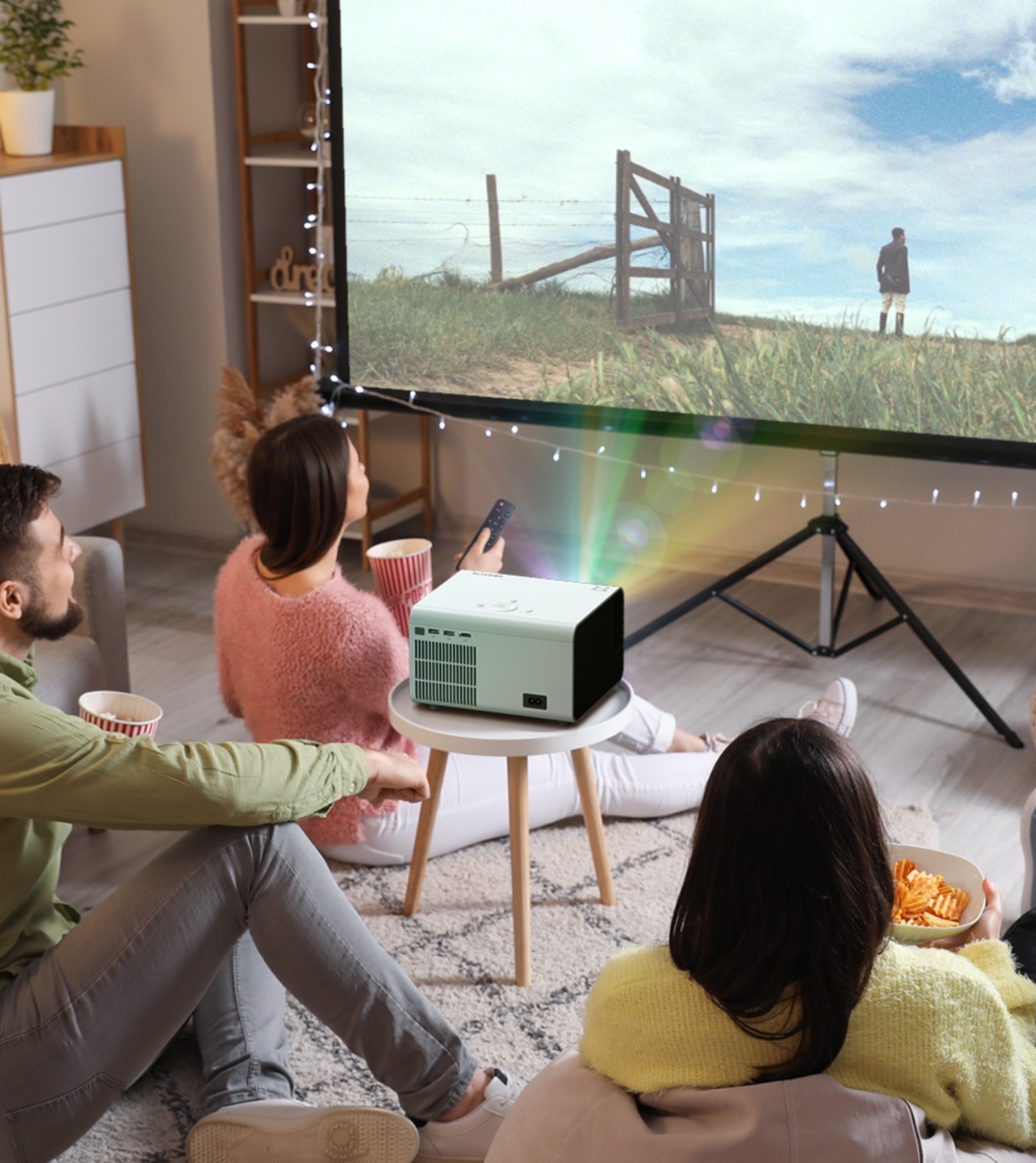 But what’s really nice about the new gadget is that although it doesn’t have a smart TV system, it does have Bluetooth 5.0 and dual WiFi. And there’s the option to mirror your phone’s screen onto the projector. And that’s half the price of a TV box. For example, you can browse YouTube on your phone and then, once you’ve selected a video, you can send it to the projector with the touch of a button. The Olympics can also be streamed in this way using M4 Sport’s online sports streaming.

If you want to plug in a TV box or laptop, you can do so via two HDMI ports or a standard VGA connection. You can also plug in SD cards and USB flash drives or other external storage devices, and it has an AV socket and jack plug. It also has built-in speakers, with two 3-watt units providing sound when no other speakers are connected.

Be the first to review “BlitzWolf BW-VP14” Cancel reply