Once again dear reader, Blitzwolf outdoes itself with the BlitzWolf BW-VT2, a small and VERY portable projector that doesn’t sacrifice its form factor for portability. We’ll start with the basics, namely the 7.2 x 7.2 x 10 cm that the BlitzWolf BW-VT2 is WHOLE, with a weight of just shy of 400 grams, much of which is the 7000mAh battery you’ll find inside.

This battery allows it to follow you everywhere, and play anywhere without the need for power, for about 1.5 hours.

Blitzwolf’s projector can work COMPLETELY independently, since it also has Android 9 pre-installed. To run it, it has a quad-core processor built in, with 2GB of RAM and 16GB of built-in memory.

If you want to connect external sources, however, it’s a piece of cake, as it has a USB port and HDMI on the back, with the touch buttons on the top for full control. 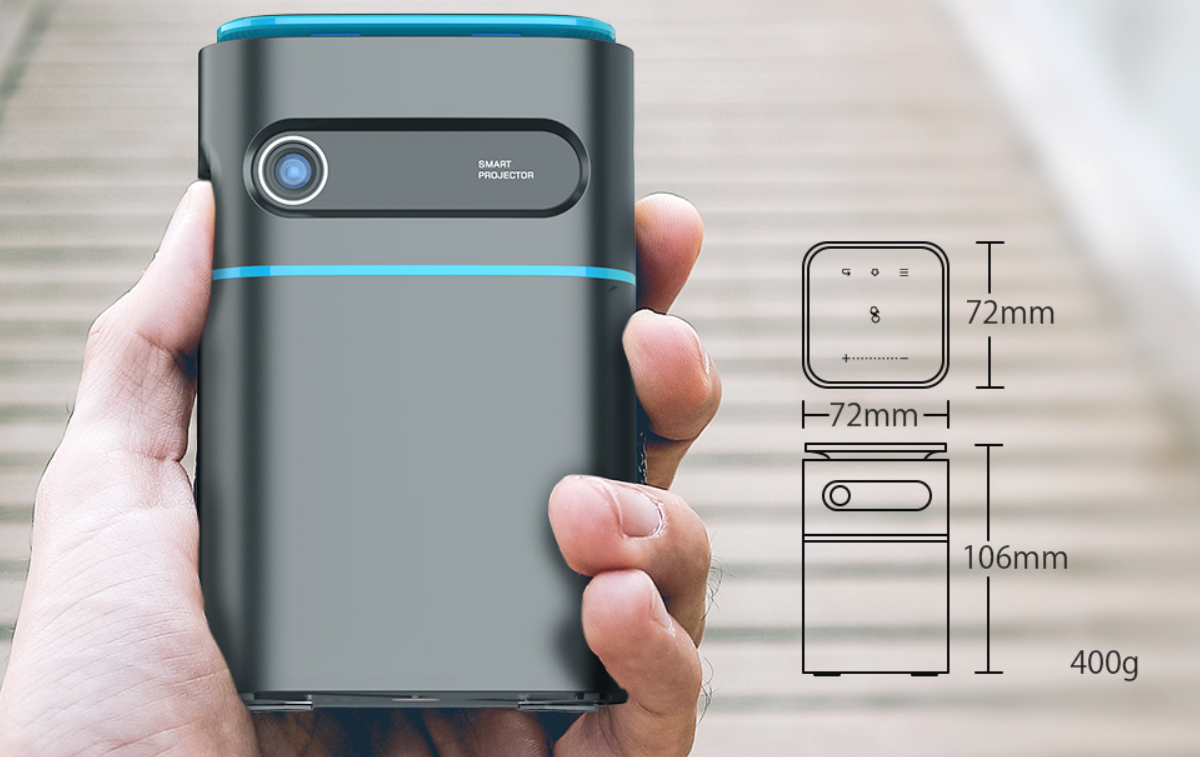 As for its job as a projector now, the BlitzWolf BW-VT2 is DLP technology with a 1:2:1 Throw Ratio which means it can project content from a distance of just half a metre away from a wall or cloth! Generally has a projection dimension of 40-300″, with the required distance being 0.5-8 meters, and can project video in 16:9, 16:10 and 4:3 ratios.

Be the first to review “BlitzWolf BW-VT2” Cancel reply