The BMAX X15 may not look “new” to you if you’ve been conditioned to consider “old hardware” obsolete the day the new models come out. But it’s actually proof that prior-generation parts can be perfectly relevant, and even as fast as the latest generation of hardware.

The first thing we noticed about this notebook is build quality and display. Must say, build quality of the BMAX X15 is top notched, the aluminum body provides the rugged-ness to the device and premium look when you hold it. The Lid is perfectly clubbed with hinged and open it seamlessly. 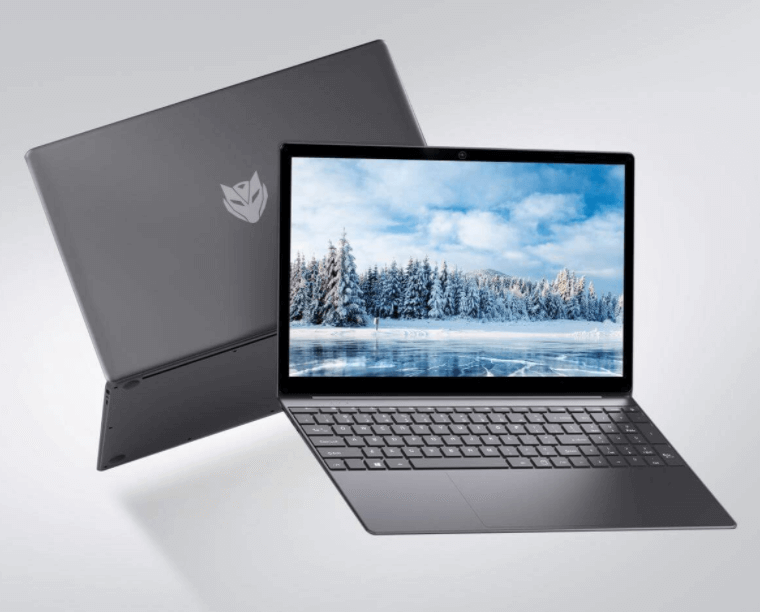 The BMAX MaxBook X15 offers the 15.6-inch FHD display with IPS panel. The colors and details are way better than HP, Lenovo notebooks in this price range. If you compare this with other notebooks of Acer, Dell then you have to pay almost $800 for this type of display. BMAX MaxBook X15 display is perfectly fit for the office use and watching movies but not for the gaming, due to low refresh rate. Overall the build and display quality of the BMAX MaxBook X15 is good.

The keyboard and touchpad of this notebook are also good. The sperate Num pad is also available here for better typing experience. The keyboard is not the best but nor worst. It makes some noise while you typing something which is kind of annoying sometimes.

Now talking about the touchpad, no physical buttons are available on the touchpad. You have to press a little hard on the right and left the side of the touchpad to use the buttons. 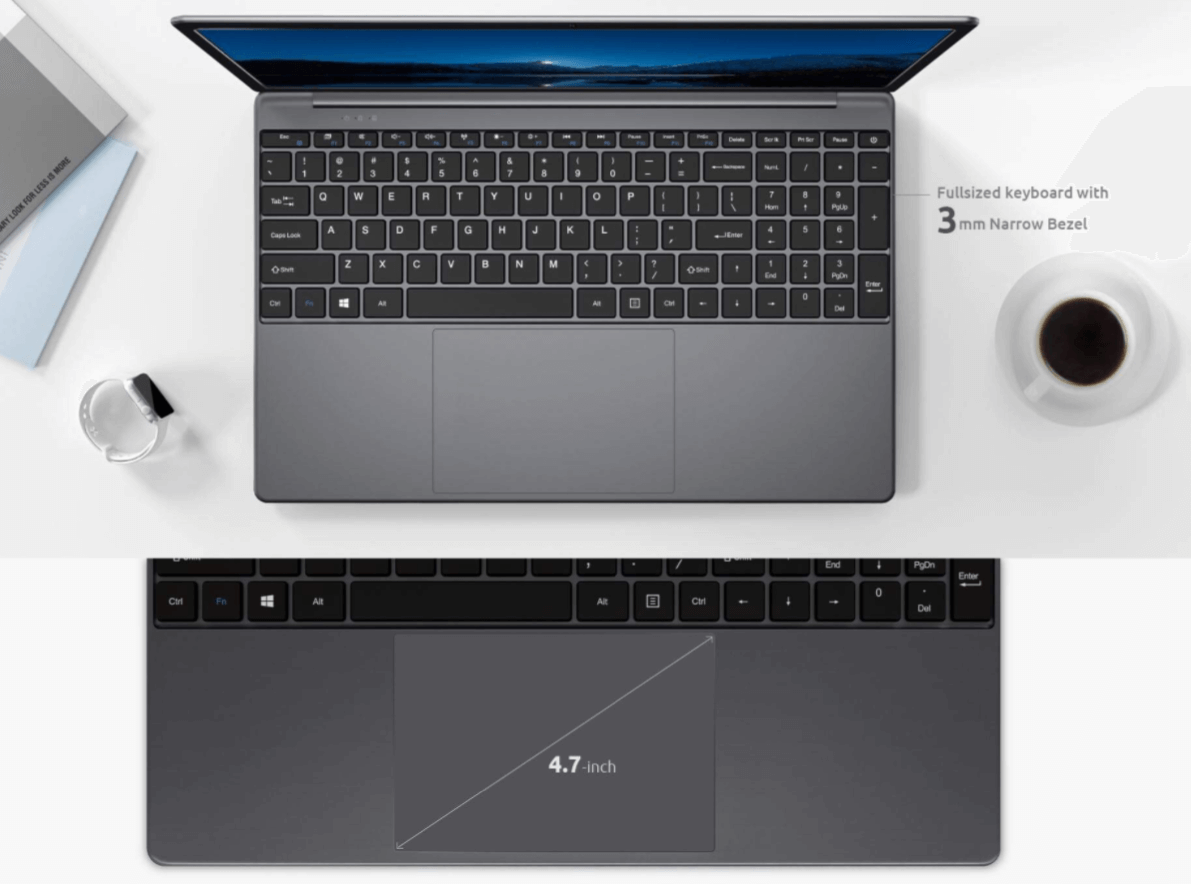 It runs at 1.1-2.4 GHz (Single Core Burst, Multi Core Burst max 2.3 GHz) and is based on the Gemini Lake platform. Similar to the Apollo Lake predecessor, the chip is manufactured in a 14 nm process with FinFETs but offers slightly improved processor cores, double the amount of L2 cache, a smaller package, a new generation of monitor outputs (Gen 10) and a partly integrated WiFi chip. Besides four CPU cores, the chip also includes a DirectX 12 capable GPU as well as a DDR4/LPDDR4 memory controller (dual-channel, up to 2400 MHz). The SoC is not replaceable as it is directly soldered to the mainboard. The processor architecture was slightly reworked and is now called Goldmont Plus. It features an increased level 2 cache (to 4 MB). That means the per-clock-performance should be a bit better, but not near the Core CPUs like Kaby Lake Y.

The UHD Graphics 600 (Gemini Lake) is based on Intel’s Gen9 architecture, which supports DirectX 12 and is also used for the Kaby Lake / Skylake / Apollo Lake graphics adapters (like HD Graphics 520). Equipped with 12 EUs and a clock of up to 700 MHz, the performance should be better than the older HD Graphics 500 (Apollo Lake).

The chip also includes an advanced video engine with hardware support for the playback of VP9 and H.265 material (8-bit color-depth).

The processor performs well under E-mail, playing songs, surfing the Internet, and watching videos. And one more thing to mention that, it is embedded with Intel 9th Generation Graphics. So, you can play videos in 4K resolution with 60fps. But under gaming condition, there are some lags while we are playing games like Crysis, Call of Duty, and others.

For ports, we’ll let the photos do the talking, but the main takeaway is you get just about everything you want. The right side of the BMAX MaxBook X15 gives you a properly marked USB-A ports, a Micro SD card reader and a 3.5mm audio jack.

The left side of the BMAX MaxBook X15 features a second USB-A port, a mini HDMI port and a power adapter jack.

BMAX equips the MaxBook X15 with an Intel Dual Band Wireless-AC 9461 module, which supports all modern Wi-Fi standards up to IEEE 802.11ac. The Intel Wireless-AC 9461 also has Bluetooth 5.0 functionality.

BMAX MaxBook X15 is featured with the 38WHr battery and takes almost 3-4 hours to completely charge. If you use it normally like watching movies, surfing the Internet then it can run for almost 5-6 hours. The processor is optimizing the battery power and provides the best performance to the user.

We use Microsoft Office and Adobe Photoshop for actual productivity experience. Open 10 files in Microsoft Office’s Word, Excel and PowerPoint, and then switch, there is no lag in the actual test.

Open a docx document, xlsx document and pptx file within 1 second. You can work smoothly when using Adobe Photoshop. 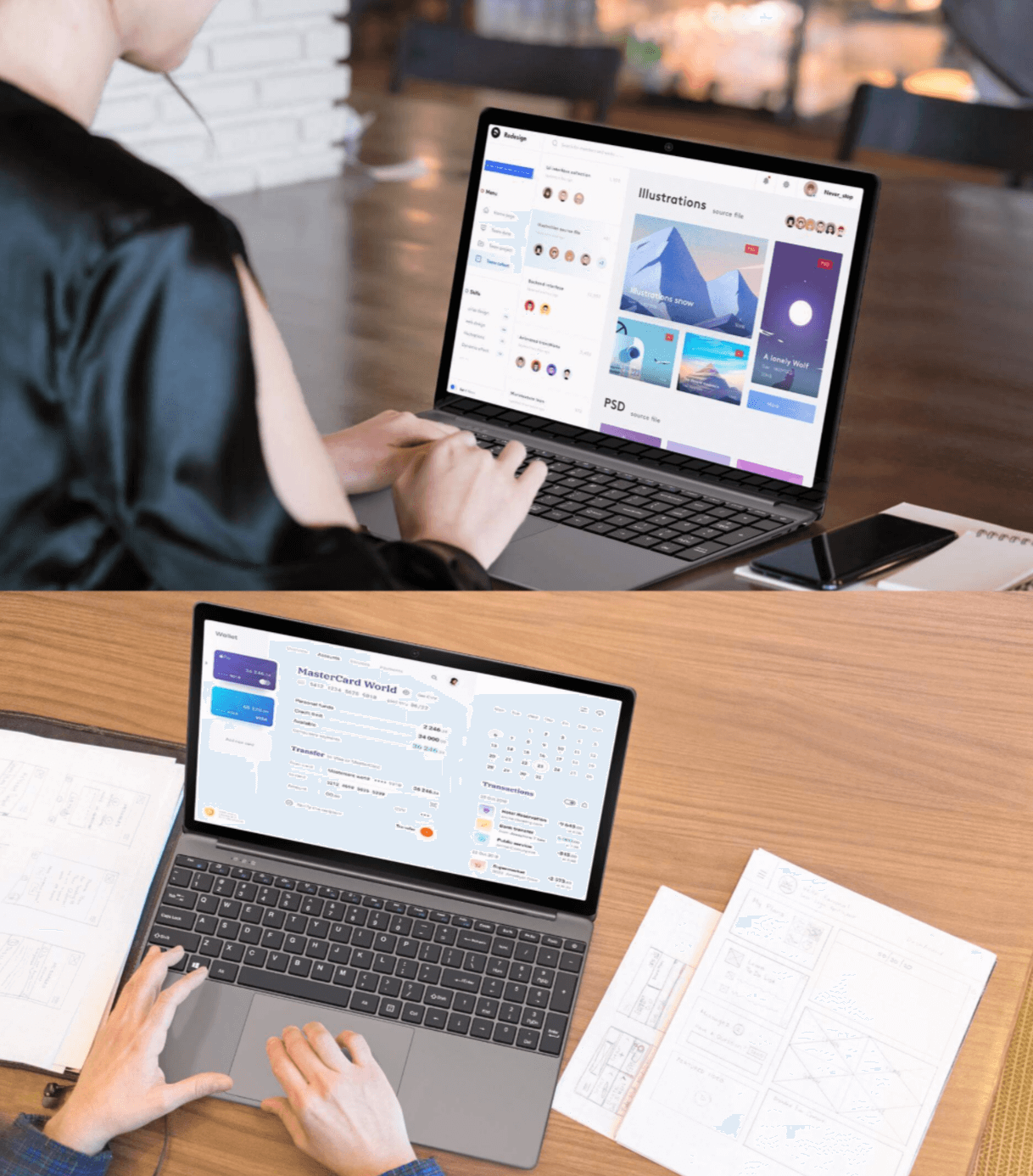 In our daily work, we need to obtain various information through the Internet, so we can test the browsing of the web. We use the Microsoft Edge that comes with Windows 10 to open 10 web pages at the same time, and you can switch between these 10 tabs freely.

Be the first to review “BMAX X15” Cancel reply