The BMAX Y11 Plus is the best laptop for travel and work. The updated model can be used as a laptop and, with the touchscreen folded back, as a tablet, so you can even draw on it. And with the pre-order promotion, the $309 price is less than its predecessor!

Their Y11 Plus is a small 11.6-inch laptop perfect for traveling, with a 360-degree fold-back touchscreen that makes it a tablet as well as a laptop! 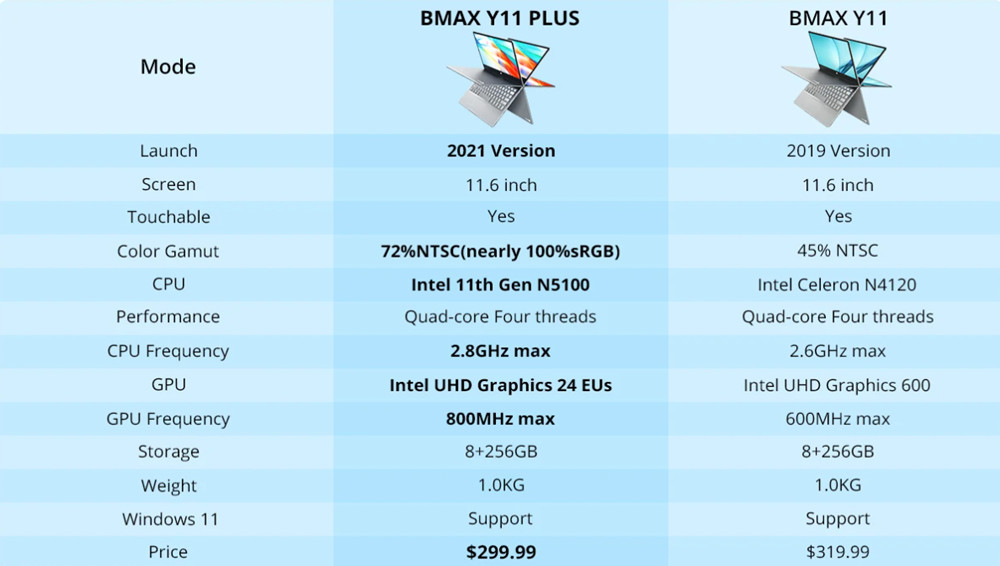 What makes it special is not only its FullHD resolution IPS display, which is touch-sensitive, but also its 360-degree folding back, so it can be used as a tablet, making it easy to work and consume content not only on a long trip, but also at home.

The hardware is powered by the Intel Gemini Lake N5100 processor. The low-power processor has four cores, with a base clock speed of 1.1GHz, which can be increased to a maximum of 2.8GHz. Despite its small size, the memory and storage is impressive, with 8GB of LPDDR4 memory. The internal storage is 256GB, supplied by an SSD, so we can’t complain about speed. 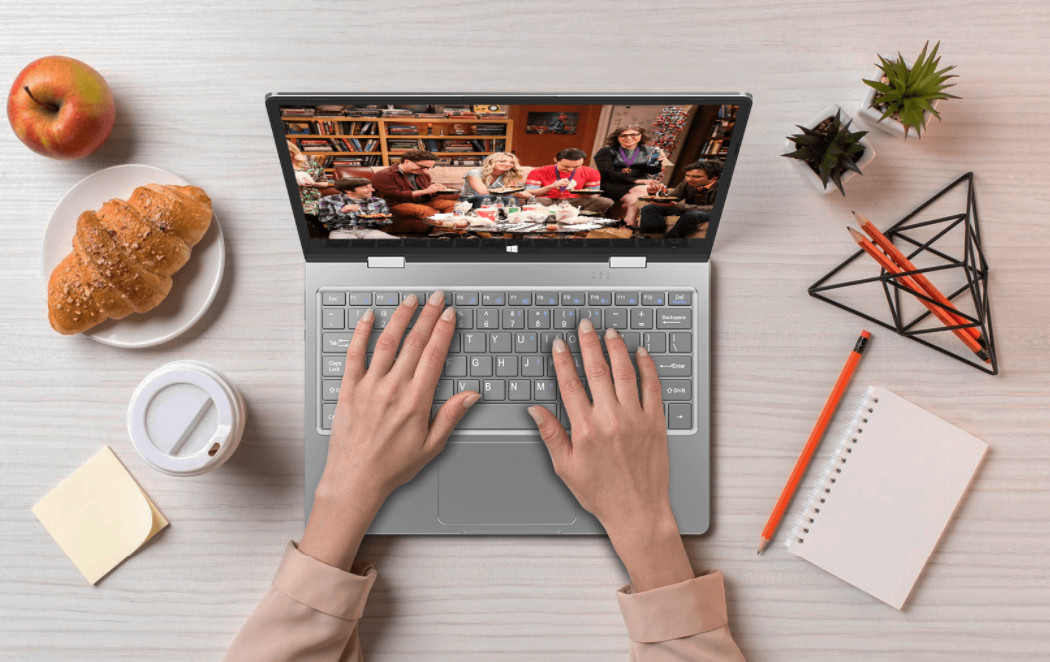 The small laptop has a full metal casing. The dimensions of the laptop are 27.4 x 18.7 x 1.3 centimetres, the same size as its predecessor, and it weighs just 1 kilogram. Wireless connections include 2.4 and 5GHz WiFi and Bluetooth 5.0. The front-facing camera is 1 megapixel. Connectors include a MicroHDMI video output, a power connector, a MicroSD card reader, a Type-C port and a MicroUSB port. Next to the power button, you’ll find a volume control, which in tablet mode is nice to have a physical button and a 3.5mm headphone jack.

The laptop runs Windows 10 operating system and the BMAX Y11 Plus has a 7000mAh battery. It has an English keyboard layout, but fortunately this can be explained with a sticker.

Be the first to review “BMAX Y11 Plus” Cancel reply