Chinese manufacturers are often inspired by the design of globally known brands, but something like this is rather unheard of. The new Doogee N40 Pro looks not like a flagship of the competition, but its budget model!

Already at the first contact with this smartphone immediately come to mind associations with POCO M3, which is a budget model. This is a truly unusual phenomenon, because Chinese brands are most often inspired by flagships of world-famous competitors (see Ulefone Note 6) or iPhones (the latter is a particularly popular practice). In such a context, we can say that the Doogee N40 Pro really stands out, although of course you should sense the irony here. 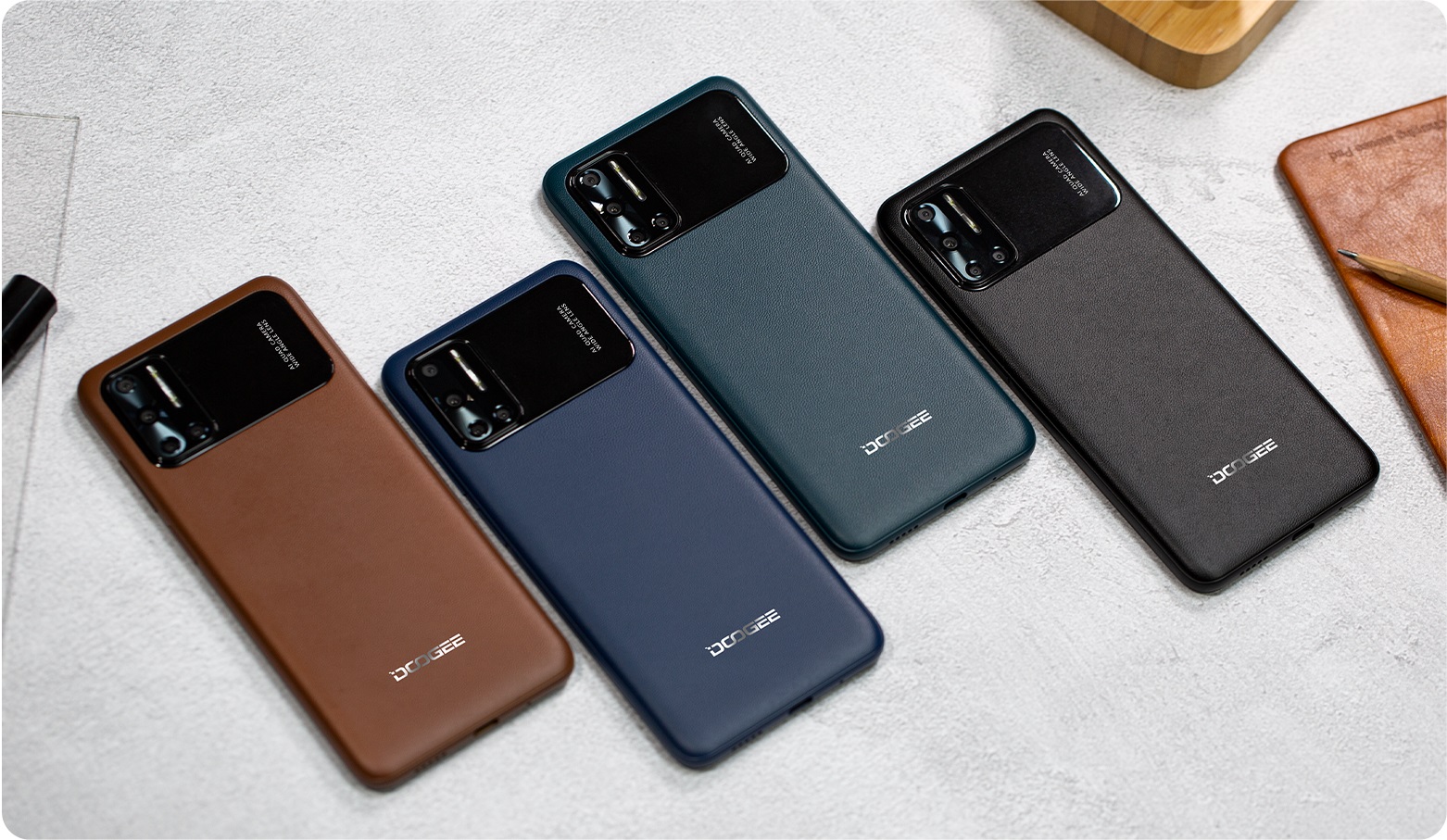 However, you can’t say that it’s just a copy of the POCO M3 and nothing more, because the specifications of the Doogee N40 Pro are surprisingly attractive. Maybe not killer, but certainly worthy of interest.

But before we get to it, it is necessary to start with the fact that the back panel of the smartphone is finished with a material pretending to be leather, and on top of that, as many as four color versions will eventually go on sale. Design can therefore be a strong point of this model and a magnet that will attract customers.

As already mentioned, the specifications of the Doogee N40 Pro are pretty decent. The smartphone offers 6 GB of RAM and 128 GB of UFS 2.1 built-in storage (+ microSD up to 256 GB), as well as Android 11 and a 6380 mAh battery, which can be charged wired at 24 W via a USB-C port. This is a positive surprise, as 10 watts is standard in cheap Chinese smartphones. Despite the sizable battery, the device is relatively light, as it weighs 190 grams and its thickness is 9.9 mm.

On the plus side should also be credited with the presence of a fingerprint reader on the side edge and a camera with a resolution of 16MP on the front, but the specification of Doogee N40 Pro also has weaker sides. The smartphone lacks a 3.5 mm headphone jack, and its 6.52-inch IPS display has a resolution of just HD+ 1600×720 pixels. Some may also be bothered by the hybrid Dual SIM (2x nano SIM or SIM + microSD).

However, I leave to your judgement the use of MediaTek Helio P60 processor and the main camera with a resolution of 20MP on the rear panel. For the sake of accuracy, it falls to add that the latter is accompanied by an 8MP camera with ultra-wide angle lens, as well as 2MP for macro shots and 2MP for depth of field in portrait shots.

Be the first to review “DOOGEE N40 Pro” Cancel reply