At the end of 2019, Dreame, the battery vacuum cleaner manufacturer from Xiaomi’s ecosystem, began a strategic rethink. More products in less time. The brand managed to produce the V9, the best battery vacuum cleaner from China to date, for under USD$399.99. And then? The model was further revised and released under new product names. Confusion among consumers. Now the Dreame V11 has appeared, which in contrast to two predecessors could shine again with strong new features.

As is usually the case when a product is not yet officially available, information on volume, working time and dimensions is missing. Understandable, after all, one does not want to scare off customers with high volume. As far as working hours are concerned, one does not necessarily have to assume a low volume. It will roughly correspond to the working time of the predecessors, but the battery has grown a bit. 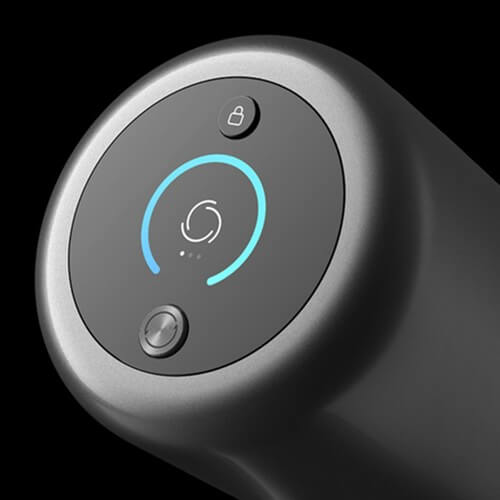 However, Dreame has to be credited with something completely different from Xiaomi’s release strategy: Since V7, the models have been named chronologically as far as possible: V7, V8, V9 etc. Every now and then a model steps out of line (yes, it’s you, XR!) or there’s another version (V9P for example), but with Dreame it’s still comparatively simple to look through the individual models.

Visually, the V11 reminds me very much of Roborock’s first cordless vacuum cleaner, the H6. Not only because of the grey-red colouring, but also because of the roughly the same size display above the shutter release. Displays are being used more and more frequently in the new flagship models. 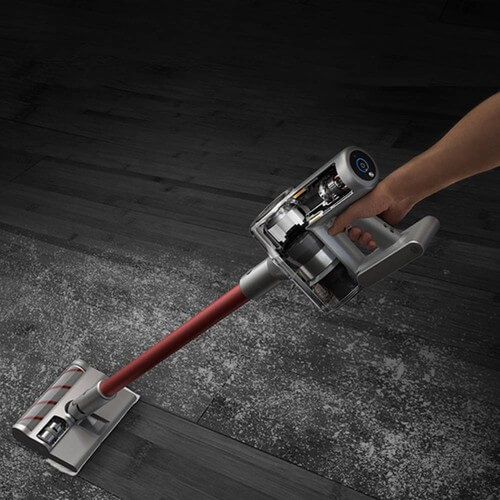 These can be useful for displaying the remaining working time, current suction level or error messages. But they also drive up the price, although most of the information on displays can also be made comprehensible in other ways (LEDs, sliders, etc.).

The few pictures published so far clearly show a wiper attachment, but nothing in the product advertising. So it’s conceivable that the V11 will be able to vacuum and wipe at the same time, but you might have to buy the attachment with water tank at the same time. We know this from the Roidmi NEX, where the wiping function convinced us in the test.

Praiseworthy are the announced 25,000 pa suction power and 125,000 revolutions per minute with which the engine works. Values which, at least on paper, correspond to those of the Dyson V11 Absolute. Apart from that, many of the values known so far are upmarket averages, but these two certainly make you want to know more. 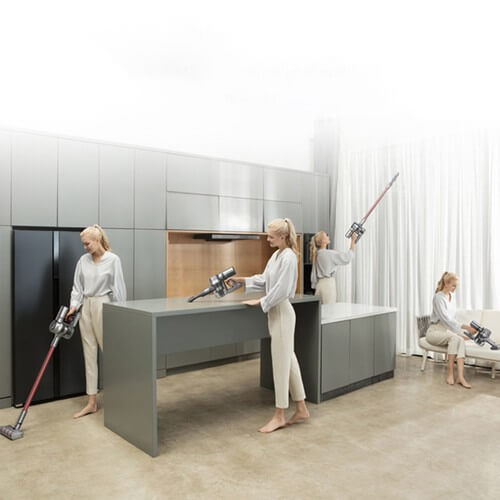 Dreame produces good, high quality and absolutely functional battery vacuum cleaners for comparatively little money. There is no need to discuss this. What has been discussed so far is why other Chinese manufacturers like Roborock with the H6 or Tineco with the S12 Plus could become serious Dyson competitors, but Dreame did not. It’s quite simple: they are strong in the mid-range segment, but lack the figurehead, the flagship model. The Dreame V11 could fill precisely this gap in the product range.

It’s still a little too early to get excited or embittered by the Dreame V11. Some important specs are still missing, some information about the individual features as well. But my feeling tells me that it can be a really good sucker – because Dreame hasn’t disappointed me yet. But my feeling also tells me that the sucker will not be cheap this time. I wouldn’t take that away from the price on the geekbuying, the shop just wanted to list the V11 first.

Be the first to review “Dreame V11” Cancel reply