Chinese FIIDO clearly ranks among the manufacturers of high-quality electric bicycles. For a reasonable price, it offers excellent electric bikes with great parameters. Their FIIDO M1 Pro is a beautiful fat bike suitable for rough terrain. Let’s take a closer look at this piece with large 20-inch wheels, a Shimano converter with 7 speeds or a range of up to 130 km.

The FIIDO M1 has retained many useful features from previous series, but has also received many improvements. The FIIDO M1 Pro was fitted with extra-thick 20-inch, so-called “fat” tires, a large battery and a powerful engine. It also has a 7-speed SHIMANO converter and an aluminum 52-tooth chain. A special joint ensures that the bike can be folded in half and then easier to handle.

The FIIDO M1 Pro also features guards such as reflectors, a powerful headlight and a rear warning light that flashes when braking to prevent a potential collision. It also adds a solid, all-metal body to safety. Thanks to the front suspension fork, inflatable tires and disc brakes, your journey will not only be as safe as possible, but also comfortable and pleasant. 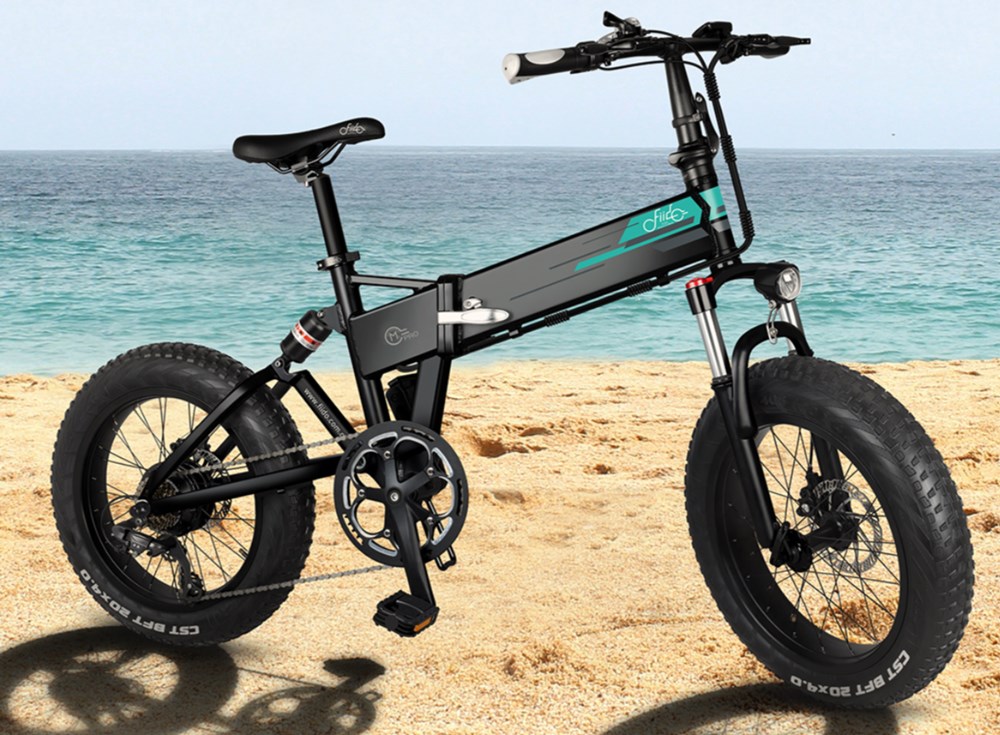 While using the M1 Pro electric bike, you can choose between 3 riding modes. The first is a purely electric drive, the second is a hybrid, where you pedal yourself, but at the same time the engine also helps you, or the third, which is purely without a motor.

The electric drive is in charge of a powerful 500W motor in combination with a 12.8Ah battery. The maximum speed is up to 45 km/h , but due to European legislation this value was limited to 25 km/h.

These parameters should ensure a range of up to 130 km in the case of a hybrid mode with a combination of engine and pedaling. Thanks to the display on the handlebars, you can continuously check the battery status and speed.

If your battery runs out and you don’t want to pedal, you may want to fold your bike. It takes approximately 7 hours to charge the battery. The FIIDO M1 Pro electric bike has dimensions in the unfolded state 172 x 26 x 106 cm and in the folded state only 96 x 45 x 79 cm. You can adjust the height of the seat from 80 to 110 cm. The weight of the bicycle stopped at 29.5 kilograms.

Be the first to review “FIIDO M1 Pro” Cancel reply