Twist, the new drone FIMI X8 Mini appeared today on AliExpress store and on Banggood proposed with a standard battery that brings the total weight to 258 grams, a value that does not allow this drone to be placed in the subcategory C0 of the European regulation that does not require the so-called license for its pilot and allows the overflight of uninformed people, as long as not assembled, even in urban scenarios if the flight space is allowed.

Luckily FIMI has also thought about the European and American market and has also provided a Pro battery that makes the weight of the X8 Mini drop to 245 grams, so with room to install any ND filters. Strange choice though, since according to what has been declared the standard battery, heavier, allows a maximum autonomy of 30 minutes while the Pro battery, lighter, guarantees 31 minutes. Probably a choice to keep the price low in oriental countries, purely Asian, where there is no 250 grams range. 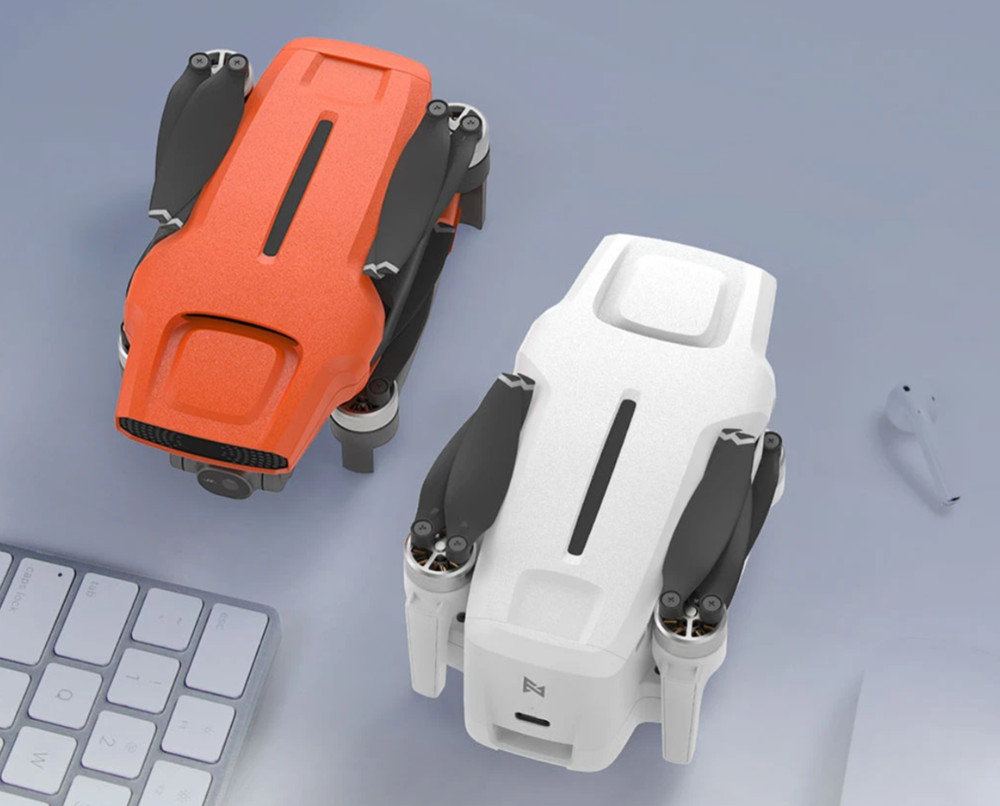 In fact, judging by the shape, the standard battery should be similar to that of the Mavic Mini 1 and that is made with 2 lithium ion batteries such as 18650, then cheaper than the Pro battery that we suppose based on Lithium Polymers (LiPo) and HV as that of the DJI Mini 2.

For the rest, the radio transmission uses the 5.8 GHz band (2.4 GHz is absent) with the TDMA protocol, already present on the X8 SE 2020 but improved, which according to FIMI allows an operating range of 8km with the powers granted in the USA (FCC). To be verified in Europe with the 5.8 GHz limited to 25mW by CE regulations. The Fimi X8 Mini can also be controlled directly from a smartphone over wi-fi with a range of 100m.

The official price of the FIMI X8 MINI will be announced around April 8, the one currently indicated by AliExpress is not real being functional for inclusion in the catalog. Logical to think that the FIMI X8 Mini if it were proposed for the European market with the Pro battery instead of the standard will cost more than the normal version. Probably a price closer to 400€ than the 300€ presumed for the version with standard battery.

Show reviews in all languages (10)