GMK NucBOX was an Indiegogo’s project that successfully raised more than $ 2 million for production, so this MINI PC is now available. It’s a fundamentally weak PC that was mostly invented as a multimedia player or to perform basic tasks, but the bottom line is that it’s extremely small. It is already almost miniature in size, yet a full-fledged machine compared to it.

Is GMK big – or rather a little? – to dream and brought together the extremely small NucBOX. The dimensions of the gadget are as follows: 6.2×6.2×4.2 centimeters, which means it can fit in a larger coffee cup without any problems. They managed to pass an Intel Celeron J41125 quad-core 2019 processor with active cooling into this very small volume. It’s still nothing because it accommodated 8GB of DDR4 memory as well as a 128GB M.2 SSD. You can ask for a bigger one from the latter, but it’s not really worth it because it’s too expensive. It is cheaper to buy the version with less storage and replace the module in it later if you want more. 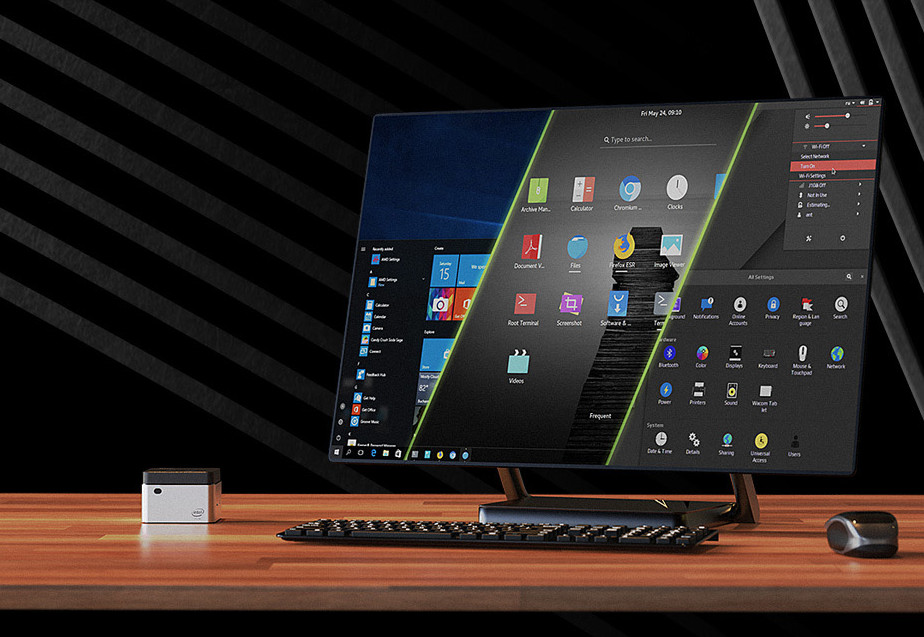 The brutally small machine has so many connectors that one is just amazed and staring. It gets two USB 3.0 connectors, an HDMI port, a USB Type-C charging port, an SD card reader and a jack. It also has built-in dual WiFi and Bluetooth 4.2. The housing is made of aluminum, which can dissipate heat quite well, but of course in such a small space for active coolingalso gets a role. The configuration is capable of handling 4K content, so it is specifically recommended for multimedia use. It looks very good next to the TV, but it’s not hard to hide this little gadget either. It is also good for simpler use, office work, content consumption, but we have to give up the game.

The GMK NucBOX has become an amazingly sexy PC. It was designed so beautifully that you could fall in love with it right away. Its areas of use are limited due to performance, but its size also opens up new horizons. On Indiegogo, the cheapest perk was $209, now it’s cheaper than that on Banggood. For the variant with 128GB of storage, they ask for $169.99. None of it is a dangerous price, in fact, very affordable. Definitely the smaller model has a better price, as we can disassemble and expand it at any time, and we already get a 512GB M.2 SSD cheaper than the price difference.

Be the first to review “GMK NucBOX” Cancel reply