Currently, there are many models of smart watches, but Kospet Prime 2 will fascinate you with something unprecedented at first glance. They have a rotating 13MP camera, they also have great performance, a large 2.1 inch display and a system based on Android 10.

The new Kospet Prime 2 smartwatch have first place in up to 5 categories. The first is that they are the first smart watch in the world to be equipped with a 2.1″ widescreen retina display. They have an IPS panel that has very good viewing angles. The display has a resolution of 480 x 480 pixels and has a high pixel density at 323 PPI.

Kospet Prime 2 has a unique 13 MP camera, which is located on the very top of the watch. It is possible to rotate up to 90° with the camera. The watch has a Sony IMX214 sensor, which is equipped with HDR SME technology. This means that the watch can record HDR video at 1080p 30 fps. This is the very first smart watch containing such a camera.

It contains a battery with a capacity of an incredible 1600 mAh. Compared to other watches of the brand, this is an increase of up to 70% in battery capacity. The watch lasts for 2 days and then recharges for about 3 hours. 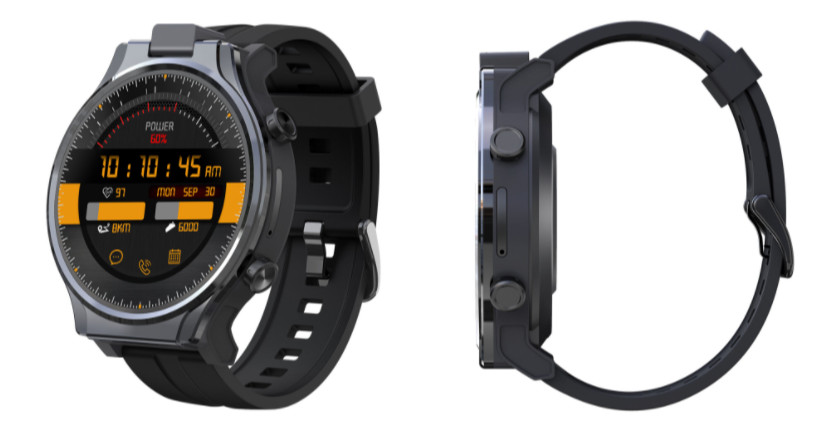 It is the first smart watch in the world to feature an 8-core Helio P22 processor. The cores are based on the Cortex-A53 architecture with a clock speed of up to 1.5 GHz. Thanks to the Power IMG GE8320 at 650 MHz, large 3D applications can be run flawlessly. It is also the first smart watch in the world to contain up to 4 GB of RAM with 64 GB of storage. As a result, they can play demanding 3D games and provide enough storage for games, music or videos.

The Kospet Prime 2 watch works on its own system based on Android 10. They also have a mobile application that is compatible with Android 5.1 and higher and also with iOS 9.0 and higher. The watch supports 4G phone calls and can also be unlocked with a face . Notifications for incoming calls, messages, emails, etc. are not missing.

They also support multiple languages ​​as well as sports. However, they are not waterproof. There is no lack of GPS for better orientation or recording of outdoor activities. They are made of a combination of metal and ceramic, the bracelet is silicone. Their dimensions are 60 x 60 x 17 mm and weight 285 g.

Be the first to review “Kospet Prime 2” Cancel reply