Because of the current global pneumonia epidemic, more and more people are choosing not to take public transportation. Because of this, many manufacturers have introduced electric scooters or electric bicycles. As an average consumer, I think it is reasonable and necessary to purchase an independent mobility tool. Today I will introduce you the new product ES8 from LAOTIE, which is a very balanced electric scooter with good power and safety.

In terms of design, we can see that the LAOTIE ES8 has a family-style traditional L-shaped design, which is easy to fold and doesn’t take up too much space. It measures 1180*550*1125mm in length, width and height, but when you fold it, you will find it becomes much smaller, just 1125*485*235mm. In terms of weight, it has 27 kg, which is not convenient for girls to carry. However, the heavier the scooter is, the better the safety will be. 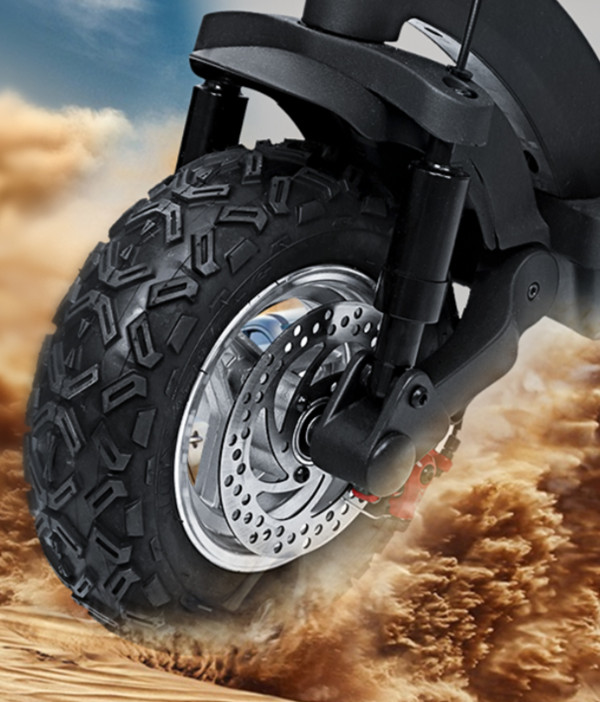 The main thing is that you do not weigh more than 120 kg, then you can stand on it and ride it. You must remember not to stand more than 2 people on the electric scooter, because overloading is very dangerous. When it comes to safety, I think LAOTIE ES8 is very qualified. It is equipped with brakes on the front and rear wheels, as well as turn signals, horn and buzzer. On the front handlebar, we can also see an LED display to show the rider information such as speed and battery level.

Even in rainy days, as long as it’s not raining hard, we can ride it with no problem. Its waterproof level is IPX4, I mean it’s fine to ride on a flat road in light rain, but avoid washing into the gutter. 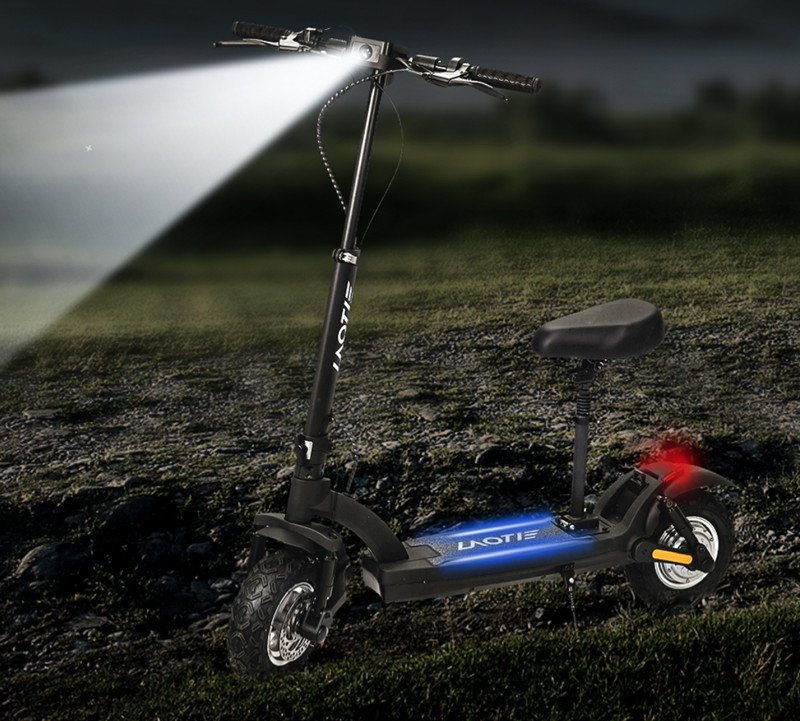 I won’t hide the fact that I really like the fact that it has two turn signals that blink on and off, just like the car. That’s not all the same type of configuration. It has 10-inch tires that are very large, not bumpy and stable. Also, a 500W power motor is installed on LAOTIE ES8, which can reach a top speed of 45 km/h, however, it is better to keep the speed at 25 km/h according to the European law. Finally, we have to mention its battery, which has a capacity of 15.6Ah and takes 7 hours to fully charge, allowing a 45km ride.

Be the first to review “LAOTIE ES8” Cancel reply