LAOTIE is a Chinese brand once famous for electric scooters, but recently they seem to have increased their product line of electric bicycles. The model of this new product is called LAOTIE FT5, which is mainly characterized by large tires.

LAOTIE FT5 is a bicycle specially designed for various terrains and can be ridden at any time of the year. It uses its own 20-inch aluminum alloy rim and is equipped with a set of 4-inch wide CST tires. With this set of tires, it can easily pass through uneven roads while ensuring comfort.

At the same time, in order to ensure comfort, the car is equipped with suspension systems on the front and rear wheels. The gearbox consists of 52-tooth single-leaf gears and Shimano 7-speed gearbox. In terms of safety, it also does a good job. Both front and rear tires have brake systems. 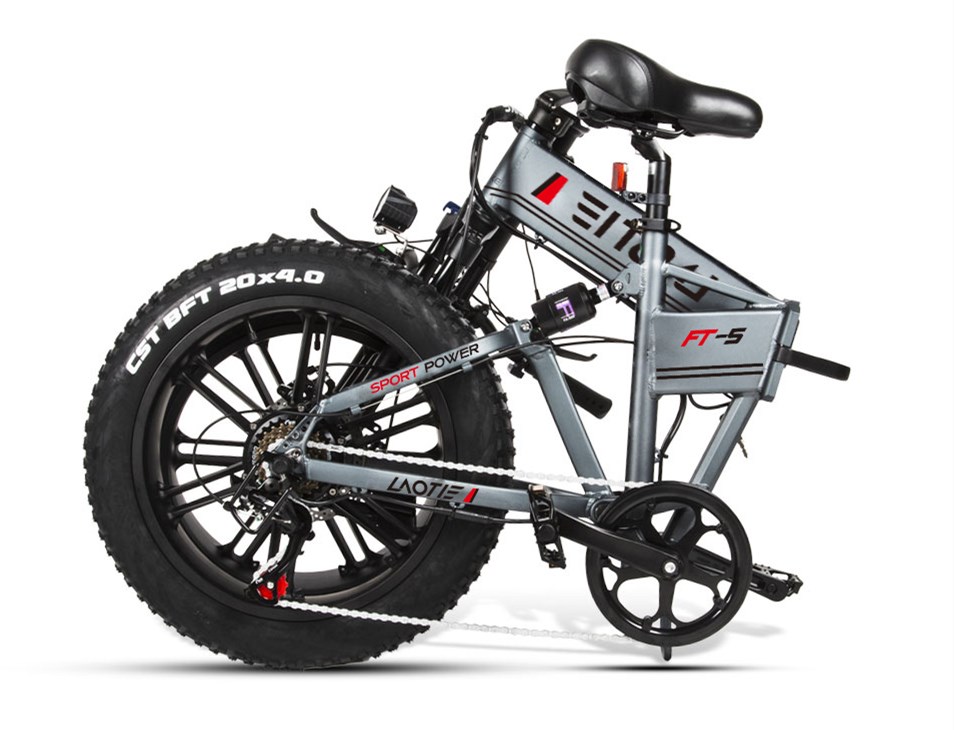 The motor power of this electric bicycle is as high as 500W, so that you can increase the speed to 40 kilometers per hour. Of course, in some European countries, I suggest you control the speed to 25 kilometers per hour and be a law-abiding citizen. Ha ha. Its battery capacity is 48V 10AH, it is detachable, and it takes 6 hours to fully charge. However, we do not recommend taking the battery indoors for charging. We suggest charging at the charging pile downstairs.

In terms of other accessories, it is equipped with headlights, speakers and a small LED screen. This screen is great and can display information such as driving speed and battery capacity. Like most electric bicycles in this price range, LAOTIE FT5 has three operating modes. It weighs 33 kilograms, so even if it can be folded, it is not suitable to be placed in the trunk of a car frequently.

Be the first to review “LAOTIE FT5” Cancel reply