If it’s true that the power of a desktop PC is directly proportional to its size, how would you explain the sales of Mini PCs? Certainly, these computers can never be compared to high-end workstations and gamestations, but they represent a good compromise in terms of footprint, performance and price. Mini PCs have become popular for their small size, lower power consumption and quietness (almost all are fanless), but they can only fit on an office desk for basic productivity or in the living room at home as a media-center, because they have poor graphics performance. But there are exceptions, such as the new Minisforum EliteMini H31G.

With a chassis of 15 x 15 x 6 centimeters, Minisforum H31G is not among the smallest on the market but is undoubtedly one of the few Mini PCs to support a dedicated GPU, which will allow you to use it for gaming. From the hardware point of view, Minisforum H31G is equipped with a 65W Intel Coffee Lake processor, a choice between an Intel Core i5-9500F or an Intel Core i7-9700F, up to 16GB of RAM, up to 512GB of SSD storage and a dedicated graphics card Nvidia GeForce GTX 1050 Ti that increases the TDP to 150W. Obviously with such an equipment, Minisforum H31G entrusts the cooling of the components to two fans. 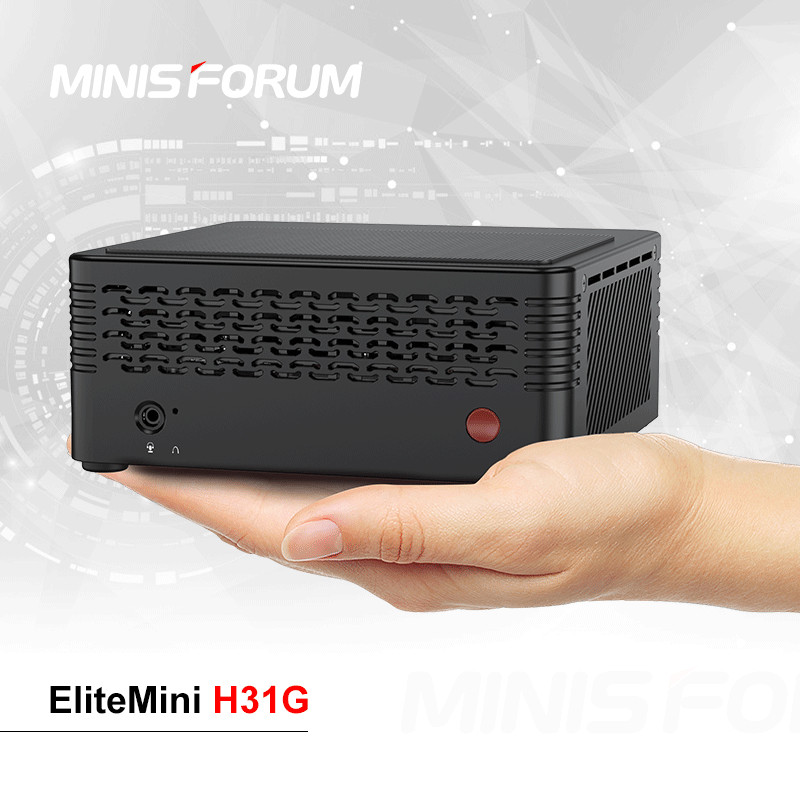 The rest of the equipment includes Mini DisplayPort and HDMI, microphone, 3.5 mm audio jack, Gigabit Ethernet, four USB 3.0 ports and a microSD card reader to expand storage (if ever there was a need). The operating system is Windows 10 Pro.

Be the first to review “Minisforum EliteMini H31G” Cancel reply