Minisforum, which is a manufacturer specializing in compact personal computers, has shown photos of its upcoming GameMini system. This computer is based on the AMD platform and includes the latest Ryzen and Radeon RX CPUs and graphics processors.

This system is built on a Gigabyte B550 AORUS PRO AX Mini-ITX motherboard and features a six-core AMD Ryzen 5 5600X CPU. In addition, the mini computer is equipped with 32GB of dual channel Kington HyperX DDR4-3200 memory and a 1TB M.2 SSD. 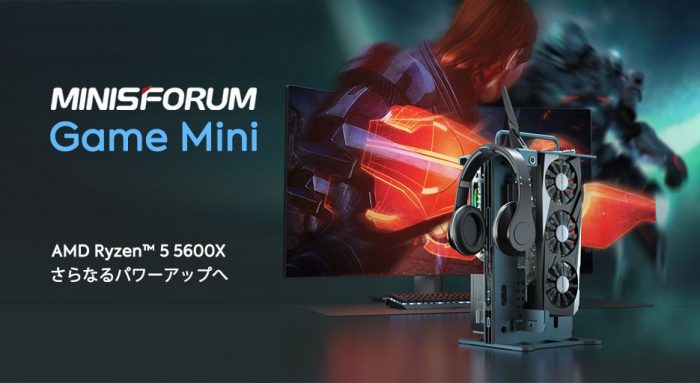 All hardware of the new Minisforum GameMini MINI PC is installed in an open chassis, which, interestingly enough, has a full-size Gigabyte Radeon RX 6700 XT GAMING OC graphics card mounted on the other side of the computer. This combination of GPU and CPU doesn’t require much power, so the system is equipped with a 650W SilverStone SX650-G power supply.

Minisforum is currently evaluating the performance of the product. As soon as this process is completed, it will be announced that the system will be pre-ordered. The price of the new product is currently unknown.

Be the first to review “Minisforum GameMini” Cancel reply