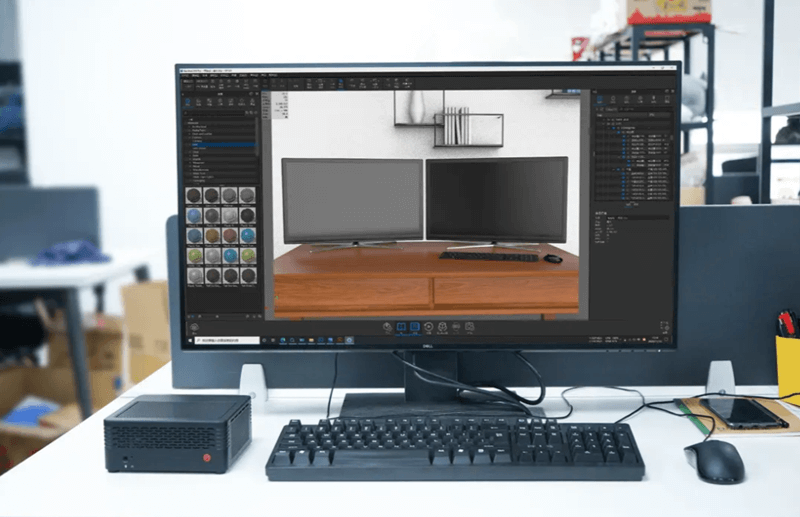 The Minisforum X300 is powered by an AMD Ryzen5 Pro 3400GE processor with 8/16GB memory and a Passmark benchmark score of 10159 (CPU). It is also equipped with RadeonVega 11 graphics GPU, which can play light 3D games comfortably with a 3DMark Fire Strike benchmark score of 2193.

It supports Wi-Fi 6 (IEEE 802.11ax), a next-generation communication standard that is 4 to 10 times faster than previous standards, as well as Bluetooth 5.1 and 2×2 MIMO (MU -MIMO). It is also equipped with two wired LAN ports. You can connect one to the Internet and the other to another computer for communication and data transfer.

Be the first to review “Minisforum X300” Cancel reply