Minisforum is an up-and-coming Chinese manufacturer of compact PCs, which could gain more attention with its AMD Ryzen-based Mini PCs. Now they have announced the Minisforum X35G, a new Mini PC that does not use an AMD but an Intel processor. Specifically, a 10nm Ice Lake CPU is used here: the Intel Core i3-1005G1. This is actually intended for use in laptops and is thus perfectly suited for a compact Mini PC with relatively good performance. The i3-1005G1 offers two CPU cores and four threads. The clock rate is 1.2GHz base and 3.4GHz turbo clock. The integrated graphics solution of the Ice Lake CPUs offers significantly more performance than the previous solutions. 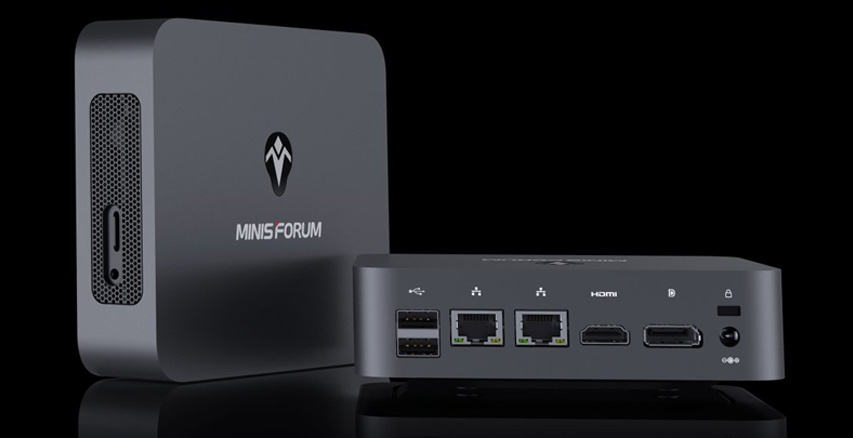 The Minisforum X35G comes with 16GB of soldered DDR4 3,200MHz dual channel RAM and can be upgraded with two M.2 SSDs (1x SATA 3 and 1x NVMe) and a 2.5″ drive. Additionally, there is a Thunderbolt 3 port, which also allows the use of an external graphics card. Thus, the Minisforum X35G can also be used for more demanding tasks or even for games. The Minisforum X35G doesn’t skimp on the ports and offers two Gigabit Ethernet ports, 4 USB-A ports, an HDMI 2.0 output and a DisplayPort output. An internal microphone is also installed. 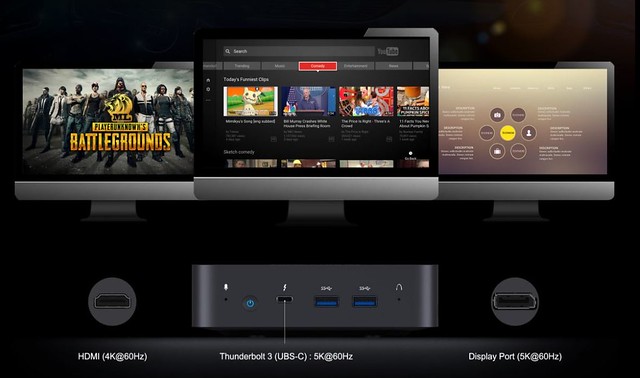 According to Minisforum, the X35G can drive displays with up to 5k resolution and 60Hz via Thunderbolt 3 and the DisplayPort output. A maximum of 4k at 60Hz is possible on the HDMI 2.0 output. An Intel AX200 WLAN card for WiFi 6 (AX) and Bluetooth 5.1 are installed for wireless Internet access. Thus, the Minisforum X35G is up to date in this respect.

According to the manufacturer, the Minisforum X35G is to be financed via crowdfunding on Indiegogo. Early backers are to receive a 30% discount. However, it is not yet known how much the Ice Lake Mini PC will cost. Interested parties can register on the Minisforum website to be notified when the crowdfunding campaign starts.

Be the first to review “MINISFORUM X35G” Cancel reply