There has always been a war between desktop gamers and laptop players. It is well known that desktop components are, in short, better than those used in laptops. Proof of this is this desktop, which still has compact dimensions, but also proper performance. It contains a six-core Intel Core i9 processor, Nvidia GTX 1650 graphics or a fast SSD disk.

The tiny NVISEN Y-GX01 desktop computer really surprised us with its features. As we have already mentioned, it is sold on the well-known Banggood website and its price is not even close to the $1,000 mark.

You can get it in two memory configurations. The first has 16 GB of RAM and 256 GB of SSD. The latter can then boast a larger SSD, whose capacity has grown to 512 GB. But let’s talk about its internal components. It is worth mentioning immediately the used processor, which became the Intel Core i9-8950HK. It has six cores with a maximum clock speed of 2.9 GHz . In more demanding situations, however, the chip can be overclocked up to 4.8 GHz.

Game players will probably be most interested in the graphics just used. This is the Nvidia GTX 1650, which is not one of the very best, but on the other hand not even the worst. This is the golden mean and you will play a number of well-known, game titles. 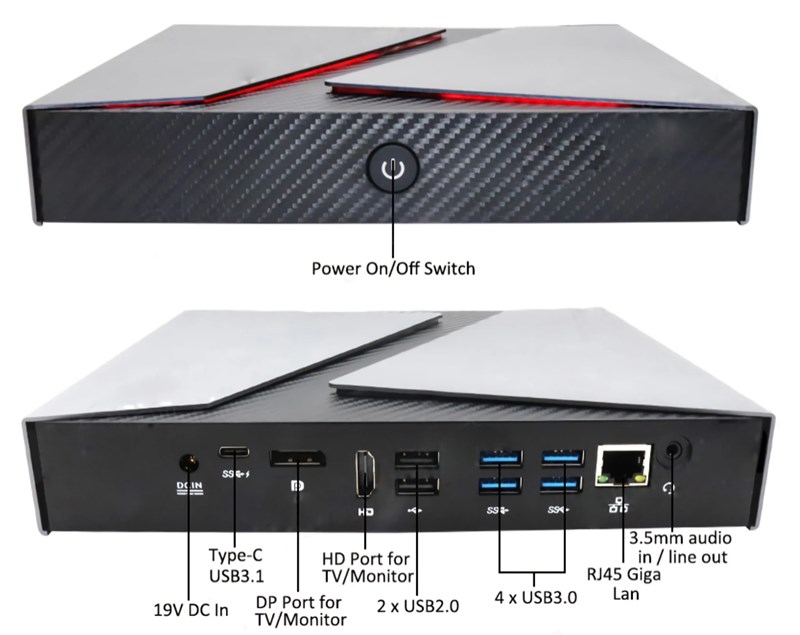 The choice and installation of the operating system is up to you, and you can choose between Windows 8.1, Windows 10 or OS Linux. In terms of connectivity, the computer has a slot for Bluetooth 4.0 or WiFi network card. This is a free M.2 slot, in which you can also insert a card that combines Bluetooth, along with WiFi.

By the way, you can take this mini computer with you, for example, from home to the office. However, provided that you have a monitor, keyboard and mouse in both places. You won’t have to take a big screen with you in your backpack.

You can thank the low weight of 1.3 kg and the really compact dimensions of 22.2 cm x 19.5 cm x 4.0 cm for the great carrying options . In the package, in addition to the PC itself, you will also find an adapter that will power the entire device.

After opening the cabinet, you will see two fans that take care of the cooling of the internal components, together with a 2.5 inch SATA 3.0 disk slot and 2x M.2 space. If the RAM is not enough for you, you can replace it, thanks to two SO-DDR4 SDRAM sockets. How do you like such a device? Would you rather stay with a classic personal computer or a more comfortable laptop?