The OUKITEL WP10 is the first 5G smartphone from OUKITEL, a company that offers toughness-finished smartphones, will be available in November. The price and timing of its arrival will be announced later on. It is also the second outdoor mobile phone after Blackview BL6000 Pro.

It’s true that the 5G smartphones available from major manufacturers at the moment are of a generic design, and none of them have a distinctive look.

In addition to IP68 water and dust resistance, it is IP69K, meaning it can withstand several minutes of water jetting with a high-pressure water jet. Of course, it complies with the U.S. military’s procurement standard MIL-STD-810G. It is also guaranteed to be specified at minus 30 degrees Celsius, which we call IceMode. At temperatures this low, a typical smartphone cannot be powered down and used. 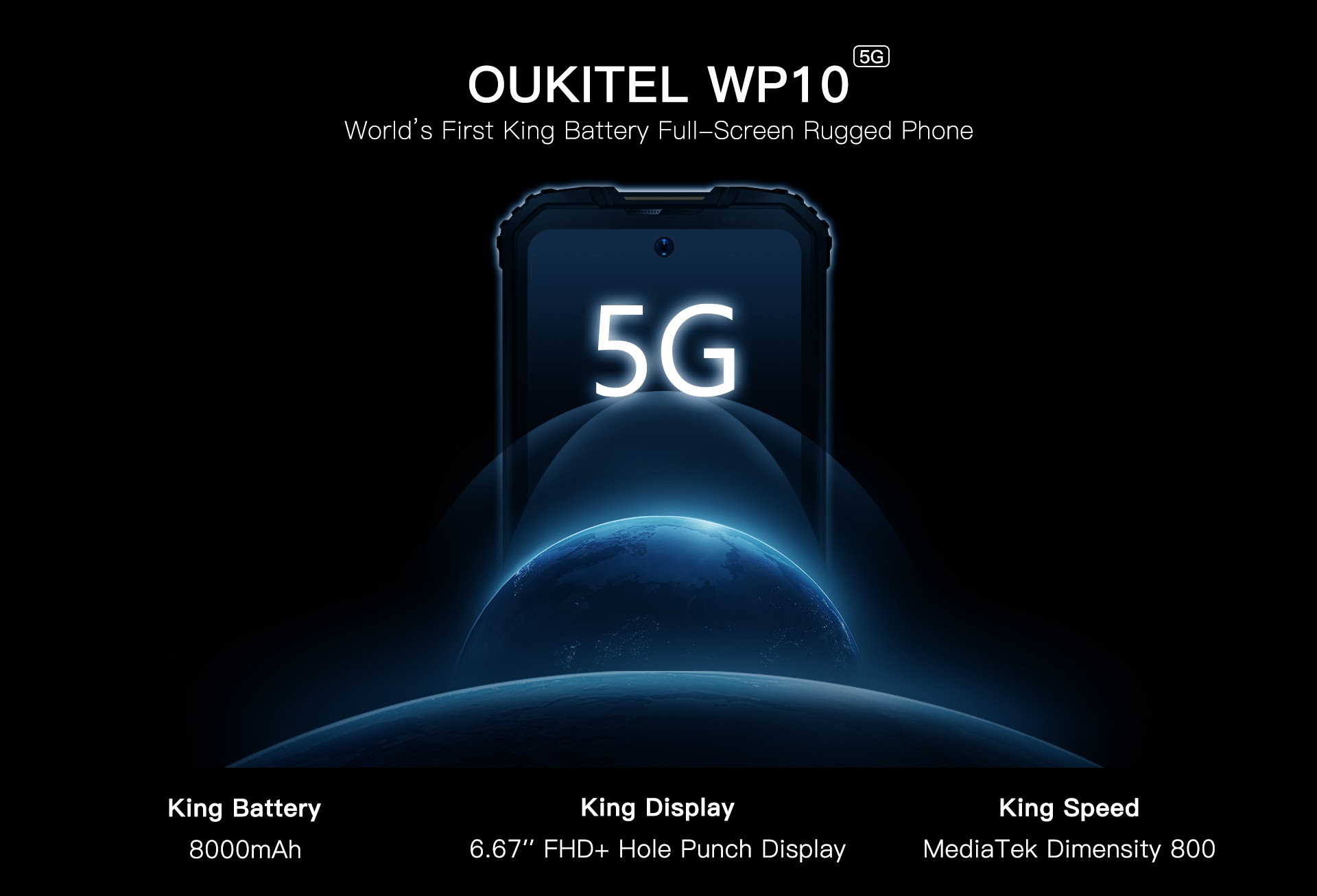 A MediaTek Dimensity 800 SoC, flanked by 8 GB of RAM and 256 GB of internal storage. The chip includes a 5G modem that ensures SA / NSA connectivity with download speeds above 2 Gbp/s. There is also support for global bands for 4G / LTE networks, to ensure perfect telephone reception worldwide. The photographic sector is also taken care of, with a triple back camera in which a 48MP sensor will stand out, assisted by the inevitable artificial intelligence.

Apple has also recently announced four 5G smartphones, and is actively developing models under $1200. On the other hand, Chinese manufacturers are also releasing a number of low-cost 5G products, and the number of products that are no different from 4G smartphones in terms of price is increasing. If the price is the same, the consumer’s mentality is that they would rather have a 5G phone than a 4G phone. Toughness smartphones will be very attractive to certain users due to their strong bodies, and they have no rivals. However, 4G products alone will not be as attractive as 5G products as the 5G penetration is expected to be.

With more and more attractive 5G smartphones coming to the market, the OUKITEL WP10 5G could be the only one with a “tough enough” finish to make its presence known. We hope to see it officially released globally.

Show reviews in all languages (11)