While the Sculpfun S10 laser engraving machine is still very new, the manufacturer launches the S30 series. It is necessary to speak about series because behind this new number are three machines of the same design with three levels of laser power:

These new names are reminiscent of smartphones that we are far away from and do not really give meaning to this new generation. 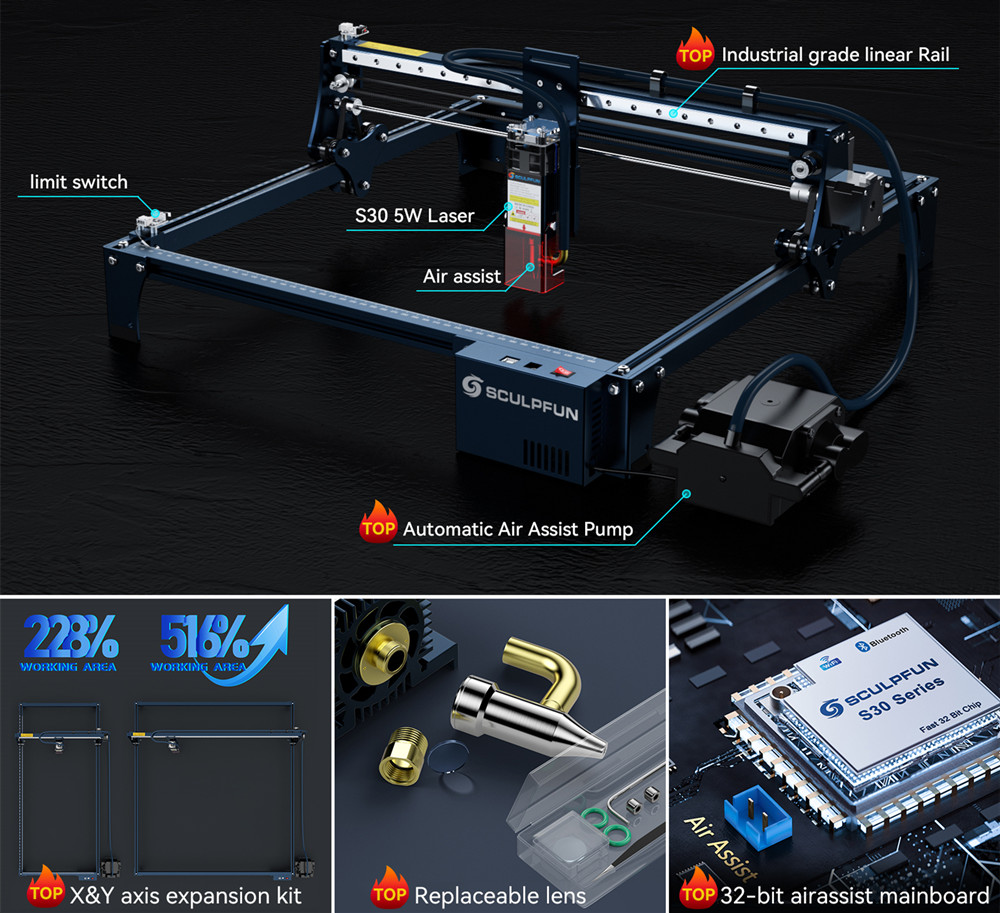 At first glance, the Sculpfun S30 series looks like the S10 with the same structure, the same new X-track and Air assist system on the head. The small evolution is the installation of end-stop. Not installing them in series was a weak point of the previous models because of the complexity and the ridiculous cost. The integration is quite basic considering the pictures.

The major innovation of this new series comes from the integration of an air assist pump compatible with an automatic activation via the Lightburn software.

In other words you can engrave a project engraving+cutting without having to pause to activate the pump. An evolution of the motherboard allows to turn on/off the pump on reception of the GRBL M8 command. I deduce that the S30 have the same problem as the S10 to have a deteriorated engraving quality when the air assist is active with this need to engrave without pump and cut with. Models like the Ortur Laser Master 3 or the Two Trees TS2 do not have this problem in these proportions. Sculpfun therefore automates the management of a defect which is not really optimal. 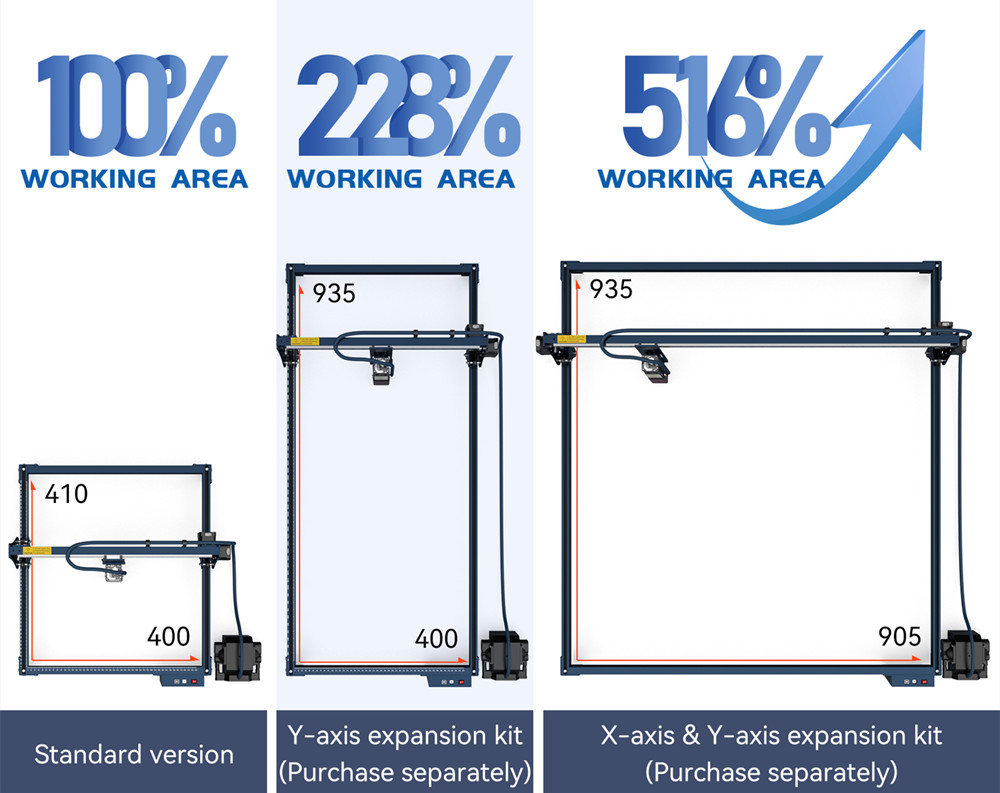 The latest development is the proposal of a 20 watt diode laser head on the S30 Pro Max model. This is a bit confusing when 10 watts are still new. This should objectively allow for cutting with fewer or faster passes.