T-BAO has this month introduced a new small form factor desktop computer to their range in the form of the small AMD Ryzen 4000H powered mini PC which measures just 19.8 x 19.8 x 4.8 cm in size. The Ryzen 7 4800H processor can be supported by up to 32GB of RAM together with a 1TB SSD.

The machine is equipped with a large fan that will undoubtedly stir up a lot of air inside the T-BAO machine. This type of system with very inclined and widely separated blades is often quite efficient in terms of flow but much less discreet than more traditional solutions. The air will be strongly stirred and if the whole machine should benefit from a quality ventilation, the MiniPC will not be the quietest.

The interior of the device offers two SoDIMM slots, two M.2 2280 PCIe NVMe x4 ports as well as a 2.5″ SATA slot. An M.2 2230 port is also available for the onboard wifi card. In short enough to build a high-end machine with some pretty impressive possibilities. 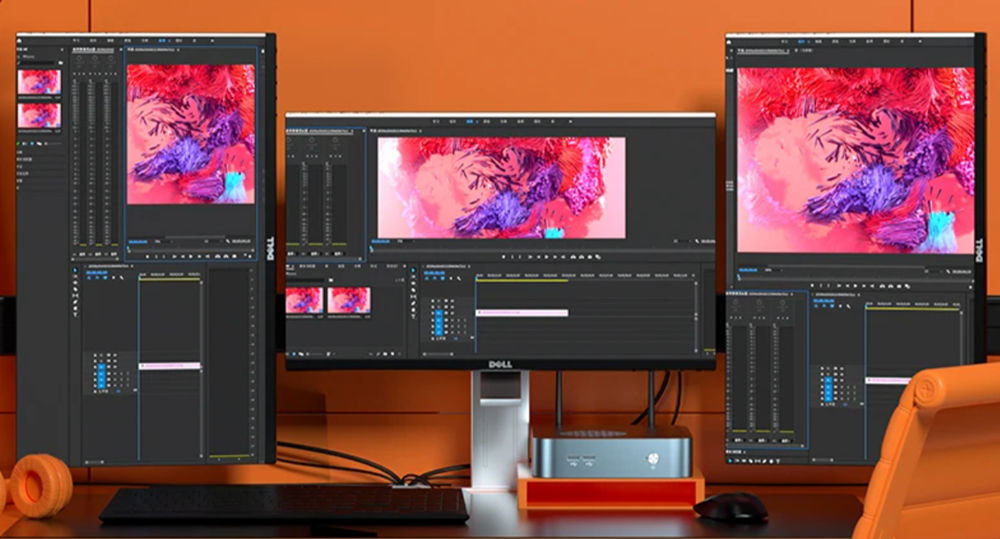 The other problem comes from the rest of the current offer. AMD Ryzen chips in the same segment are cheaper for equivalent performance. A solution like the Ryzen 7 4800H offers, at identical TDP, an almost equivalent performance in terms of calculation. If the availability of the AMD solution is for the moment both mediocre and totally inaccessible to manufacturers like T-BAO, it will eventually become more important. At that point, machines equipped with Intel’s tenth-generation Core i9 chips will be almost impossible to sell. We might as well try to get rid of them while we still can.

The feedback from this particular market that I have right now is pretty clear. Chips are coming in from Intel’s unsold inventory in some areas. Processors that were totally unattainable before are being “sold off” in a parallel market because manufacturers and wholesalers want to get rid of them. And this leads to this kind of wobbly machine. Why wobbly? Because all its computing power is under-exploited in the absence of a dedicated graphics circuit. Without a Thunderbolt port to add an external AMD or Nvidia solution, the machine will remain confined to its under-exploited computing capacities.

For my part, I prefer to wait until I see a machine that is a little more accomplished, with a better known brand as well. Not that T-BAO is necessarily bad, I don’t know this brand, but because the same machine proposed by a Beelink or another will surely be more accomplished or better guaranteed. And I’m waiting to see what the market has in store for us. A continuous decrease of the prices as the competition will appear on this type of chip. And a collapse in the long run, when AMD processors will come along…

The small desktop mini PC T-BAO TBOOK MN48H is priced from $789.99 and is available from online stores such as Banggood.

Be the first to review “T-BAO TBOOK MN48H” Cancel reply