Chinese manufacturers, which are less known internationally, in tablets usually use MediaTek processors, and in laptops Intel Celerons. Teclast Tbolt 20 Pro breaks out of this pattern, although some customers may not be satisfied after all, even if the other equipment is very attractive.

The Intel Core processor in the specs certainly catches the eye, as Celerons are like Mediatek chips in smartphones for some users, even if it’s hurtful to both. However, this does not mean that Teclast has reached for the latest unit in Intel’s offer.

No – because the Tbolt 20 Pro model has on board an Intel Core i5-8259U chip, which premiered in the second quarter of 2018, so more than three years ago. As a reminder, it consists of four cores and supports eight threads, and the base clock frequency is 2.3 GHz, and in turbo mode even 3.8 GHz.

However, these are much higher values than those achieved by Celerons commonly used in laptops from lesser-known brands from China (for example, N4020). The TDP coefficient is 28 W. Graphics processing, in turn, is handled by Intel Iris Plus 655 chip with 48 execution units and 128 MB eDRAM cache. According to the manufacturer’s declaration, in terms of performance it can compete with a separate NVIDIA GeForce MX150 graphics card. 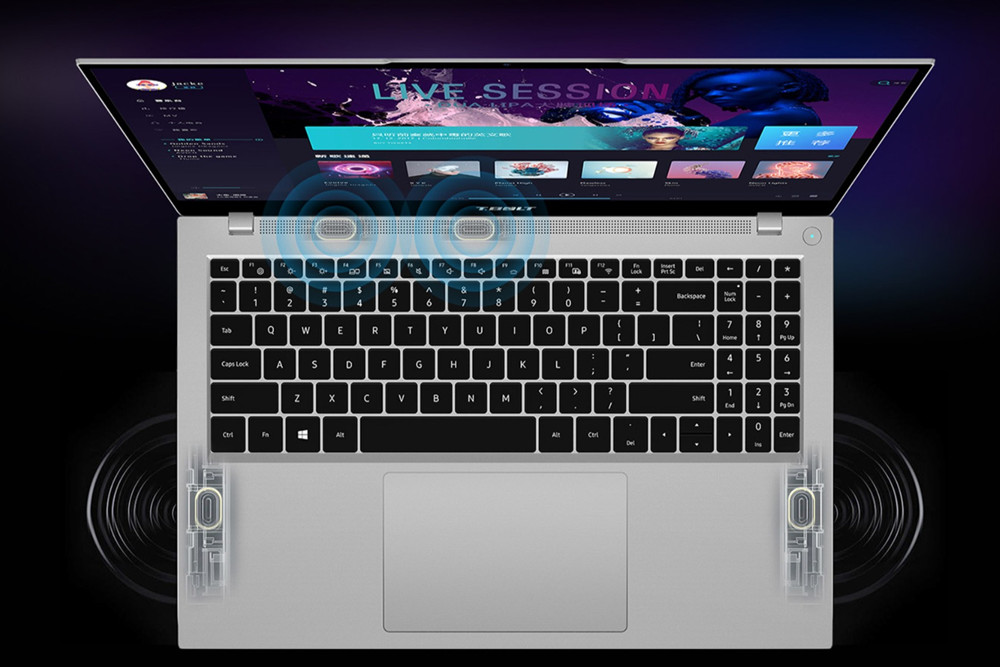 Some may turn their nose up that the specification of the Teclast Tbolt 20 Pro includes a processor no longer of the first freshness, but during everyday use, owners of this laptop should not complain about its performance. Especially since the manufacturer also put under the hood 8 GB LPDDR4 RAM and SSD with a capacity of 256 GB, as well as an active cooling system, based on two heat pipes and one fan.

What’s more, the Teclast Tbolt 20 Pro will also give its owners at their disposal one free slot for an additional M.2 SSD, supporting the NVMe protocol, so the user will be able to increase the space for programs and files if they deem it necessary.

In addition, the specifications of the Teclast Tbolt 20 Pro include a 15.6-inch IPS screen with a resolution of Full HD 1920×1080 pixels with a matte matrix (the manufacturer emphasizes that the top and side bezels are only 6 mm wide) and a 55 Wh battery. On top of that, on board the laptop there are four speakers that provide stereo sound, as well as a backlit keyboard with a separate numpad.

When it comes to connectors, on the other hand, the Teclast Tbolt 20 Pro offers two USB 3.0 and USB-C each (one supports PD charging, though there’s also a separate DC port for a charger) and one USB 2.0, plus HDMI, a microSD card slot and a headphone/microphone connector. Wireless connectivity, on the other hand, is provided by 802.11ac WiFi and Bluetooth 5.1.

Be the first to review “Teclast TBOLT 20 Pro” Cancel reply