The Tronsmart Apollo Q10 is a wireless headphone whose success was not left to chance by Tronsmart, as it has 5 microphones and is equipped with active noise reduction, so it can absorb up to 32dB of noise. In addition, the battery plays quite well, as it can provide up to 100 hours of operating time for the headphones.

Not only did Tronsmart fit this headset well, but it also had a not-so-bazaar, pleasant, but also a design look and gave it touch buttons instead of physical ones. The over-ear ear pads completely cover an average ear, providing comfort even with prolonged use.

It has a 40mm drive that delivers an impressive sound experience, as promised by the manufacturer at Tronsmart, as we have never been disappointed with the myriad of Tronsmart products tested. More serious headphones block external noise quite effectively anyway, but the Tronsmart Apollo Q10 even helps with active noise cancellation, so you can seriously reduce and even completely eliminate outside noise. 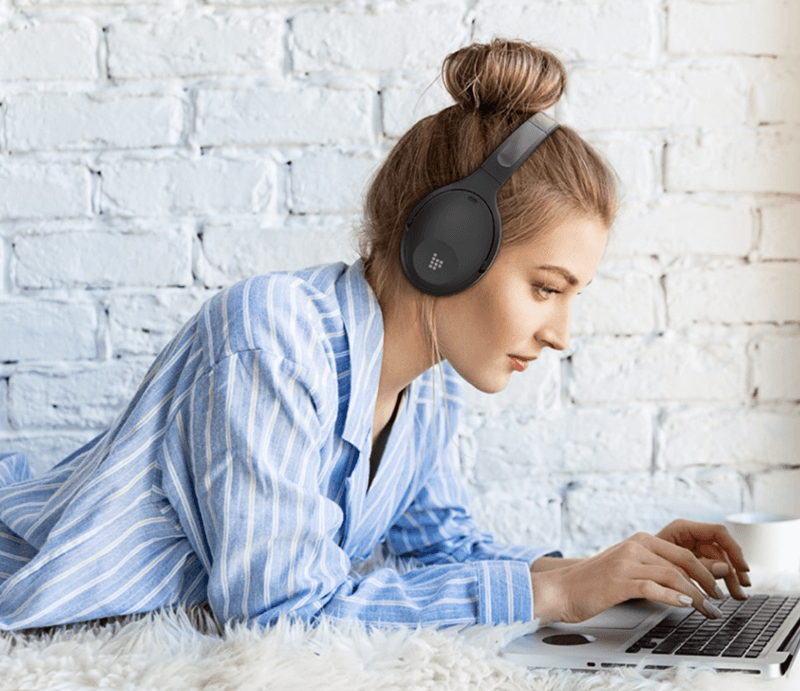 During active noise filtering, ambient noise entering the ears is strongly suppressed by emitting sound waves of the same amplitude but in reverse phase to the original sound. That is, unlike passive noise reduction, it analyzes the noise and extinguishes it. It can do this up to a maximum of 35dB, but it can be easily turned on and off at any time, thus making the sounds of the environment more audible.

It is very useful that active noise cancellation can be used on its own if we are not listening to anything but reduce the noise from the outside world. When used alone, you can hear a very quiet hiss when there is a useful sound. then the quality deteriorates somewhat. This is also a disadvantage.

To reduce static, repetitive noise effectively, of course not to an unlimited extent. However, it is very useful against annoying noises. In fact, it is also capable of amplifying ambient sounds, which may be necessary for safe traffic, for example.

Powered by an extra large 1200mAh battery, it can deliver music for 100 hours or anything else and in the event of a discharge, full capacity can be regained in just 2 hours. However, this is a rather rough operating time, as even 2 hours a day is enough to charge for more than 1 month!

Be the first to review “Tronsmart Apollo Q10” Cancel reply