Ulefone announced that the Ulefone Armor 12 will be the first secure smartphone that will be based on the Dimensity 1200 single-chip system unveiled earlier today.

However, the manufacturer plans to release Ulefone Armor 12 only in June this year, so other companies still have a few months to get ahead of the company and release their unbreakable smartphones based on the Dimensity 1200. 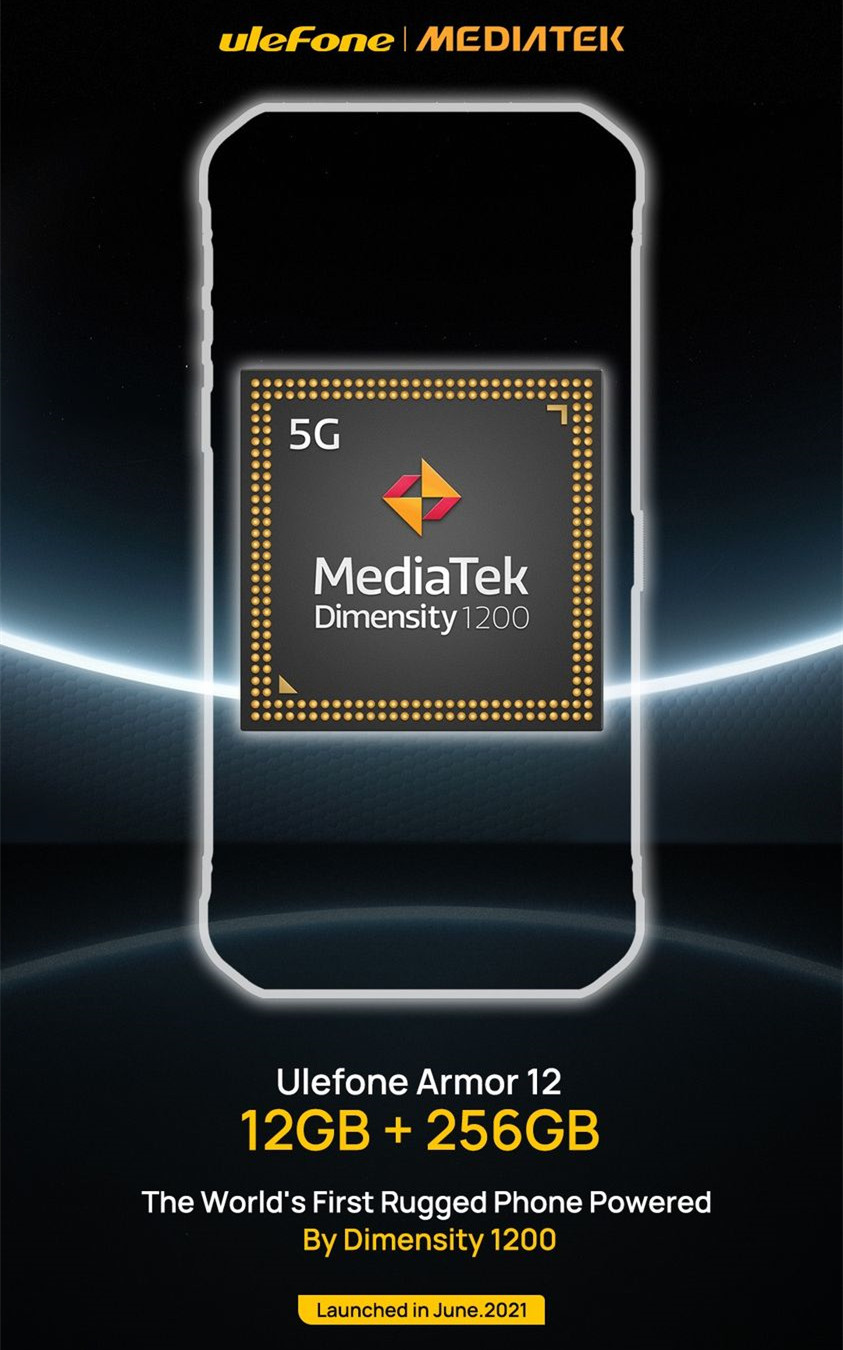 Ulefone Armor 12 will not only get a modern 6-nanometer mobile platform, but also as much as 12 GB of RAM, which was not previously in the segment of protected smartphones. As for the volume of flash memory, it will be 256 GB.

So far the manufacturer has not disclosed other characteristics of the Ulefone Armor 12, but it is easy to assume that it will get a large battery and support for fast charging.

Be the first to review “Ulefone Armor 12” Cancel reply