The market of rugged smartphones, aimed at users who work in demanding conditions, is doing great. The new Ulefone Armor X8 has just made its debut, which has something to tempt customers. The biggest advantage of rugged smartphones is undoubtedly their durable, resistant to many factors housing. Ulefone Armor X8 boasts IP68 and IP69K and MIL-STD-810G certificates, so it can withstand a lot.

At the same time, smartphones of this kind are very often large and heavy “Blocks”. The newest model in Ulefone’s offer is not the lightest one either, but at the same time it is not too big – it has dimensions of 160.3x79x13.8 mm. Such dimensions are as acceptable as possible.

However, rugged smartphones are governed by their own rules, so the manufacturer could not use too large a display in this model – there is a 5.7-inch LCD IPS screen on board, with a ratio of 18:9 (2:1) and HD+ 1440×720 pixels. 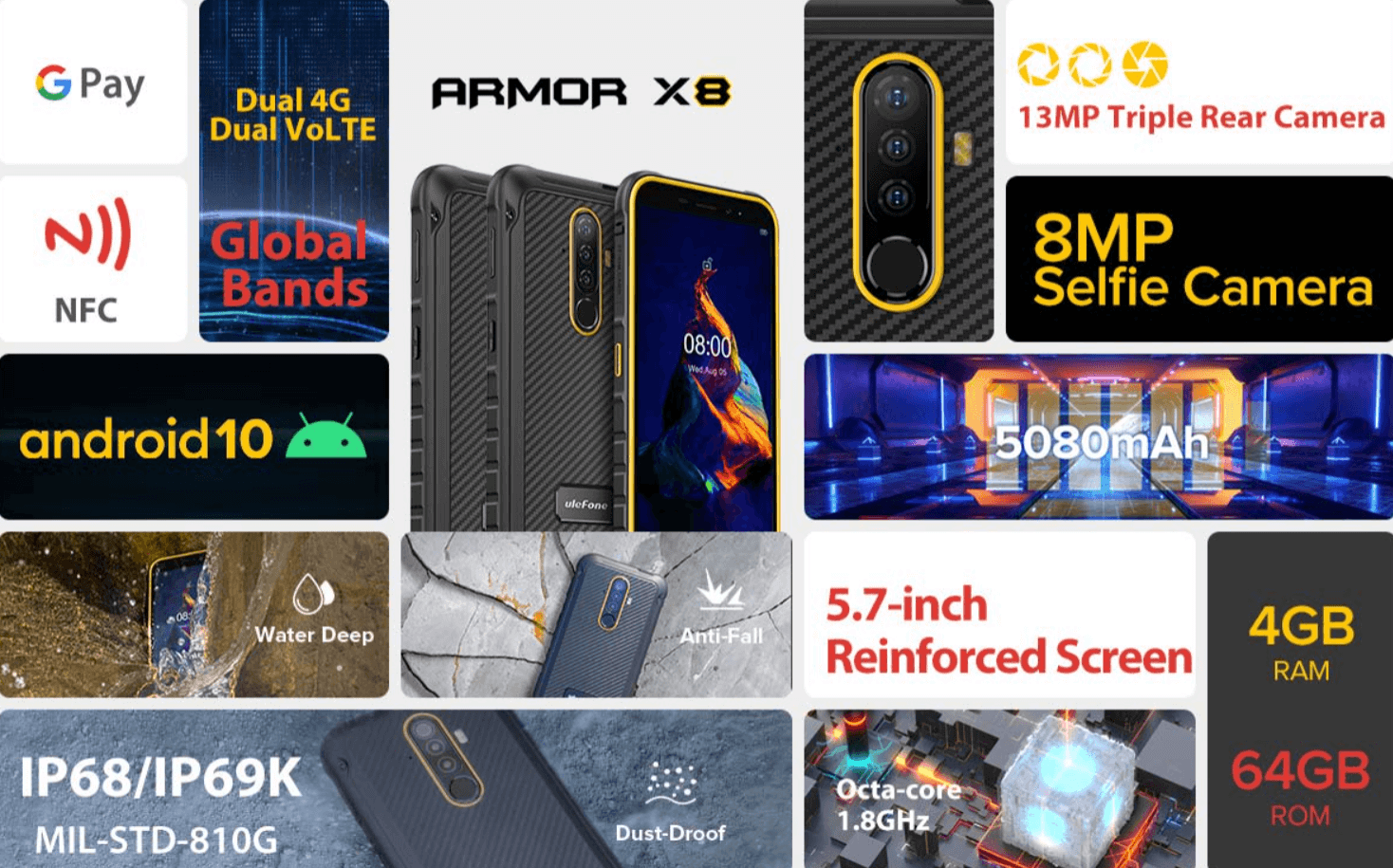 The remaining specification of the Ulefone Armor X8 is at an equally low shelf level. The smartphone also offers a MediaTek Helio A25 processor and 4 GB LPDDR4x RAM and 64 GB of built-in memory with the possibility of expansion with a microSD card with a maximum capacity of 256 GB.

The smartphone also offers 8MP (f/2.4) front camera and triple 13MP (f/2.2) + 2MP + 2MP (interestingly, both 2MP sensors are responsible for depth detection) as well as a fingerprint reader and Dual SIM (hybrid: 2x nano SIM or nano SIM + microSD). What can undoubtedly be the strengths of this model are the NFC module with support for Google Pay proximity payments and an additional key, whose operation can be personalized.

The smartphone works under the control of the Android 10 (interestingly, the manufacturer stresses that there are no advertisements in it) and is powered by a 5080 mAh battery (charging via USB-C port). There is also a 3.5 mm headphone connector on board.

Be the first to review “Ulefone Armor X8” Cancel reply