– More powerful motor up to 600W
– Up to 30 km on a single charge and Sleep Mode
– Lightweight, minimalist design with new 3-second folding system
– Regenerative braking (KERS) with dual system

The Xiaomi electric scooter is updated. After selling more than 4 million units worldwide, the Chinese manufacturer brings to Spain the new Xiaomi Mi Electric Scooter 3, with a new design, better engine and a new E-ABS regenerative anti-lock braking system to recharge the electric battery when we brake.

One of the main novelties of the Xiaomi Mi Electric Scooter 3 is its new design. It has a simpler way to fold and can be transported, either in the trunk or to take it on public transport. We have a folding buckle on the handlebar, where we can pull the lock down and then pull it to fold the scooter. A new method that, as Xiaomi explains, will make the scooter much easier to carry. 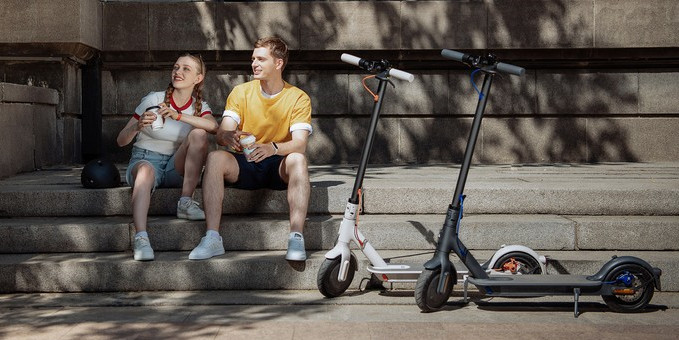 Complying with the regulations of large cities that limit the speed of these VMPs to 25 km/h, the Mi Electric Scooter 3 offers the same maximum speed as its predecessors. However, the new model adds a motor with a rated power of 300W and maximum power of 600W, equivalent to that of the Pro 2 model. This will allow climbing slopes with an incline of up to 16º.

The maximum range is 30 kilometers, through its 7,650 mAh battery. This is also a lower autonomy than the Pro model, but we must take into account that this model weighs 13 kilograms. In comparison, the Mi Scooter Pro 2 reaches 45 km, with a weight of 14.2 kilograms (and a higher price).

In the braking system, eABS is offered and it also features a new double-pad rear disc brake for improved braking stability. The side, front and rear reflectors have two reflective lines to increase visibility. Made of aluminum, the Mi Electric Scooter 3 has also renewed the LCD panel, eliminating some edges to make it better integrated.

In the new model, Xiaomi gets rid of the traditional orange touches to give more presence to a blue tone. The Mi Electric Scooter 3 will be available in two colors: black and gray.