The new Blitzwolf BW-VP12 projector reads quite promisingly, but some specifications raise doubts. So I strongly doubt that the projector is able to bring the 6000 lumens with 50 watts LED illuminant to the wall.

The beamer has a size of 275 x 1175 x 80mm. The design of the projector can be described as standard. There is nothing else on the front except for the lens. On the sides you can find cooling slots, the power connector and a speaker. On the back are the ports. These are 2x USB-A ports, an HDMI port, a VGA port, an AV connector and an AUX connector. The controls are on the top and there are 4 rubber feet on the bottom. 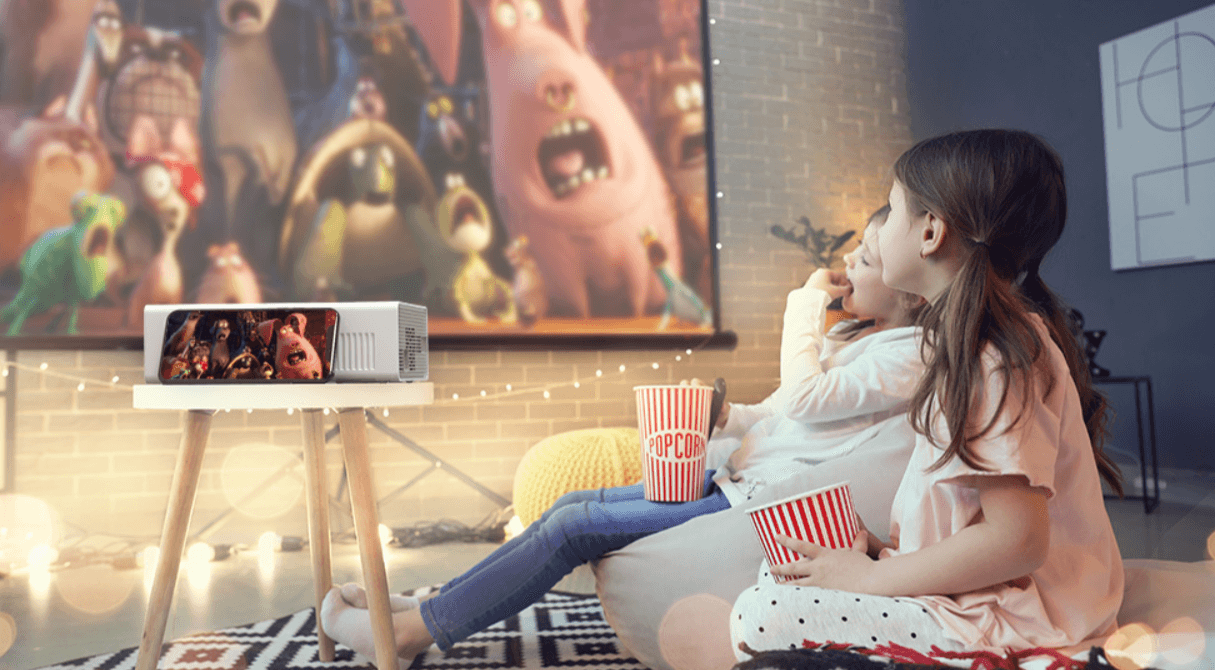 As already mentioned, the BlitzWolf BW-VP12 is an inexpensive projector with a native resolution of 800×480 pixels. Although Full HD content can be played back with the projector, it is downscaled to the native resolution of 480P. As usual in this price range, LEDs with a power consumption of 50 watts are used as illuminants. According to the manufacturer, the projector should reach a maximum of 6000 lumens. As is often the case, this sounds a bit unrealistic, as other beamers from well-known manufacturers need considerably more power to achieve such a light output. According to the zoom function, the beamer is supposed to allow an image output of 30 to 170 inches. The BlitzWolf BW-VP12 supports all common file formats for images, video and audio. Other features include MiraCast, Bluetooth 5.0, WLAN and a remote control.

Be the first to review “BlitzWolf BW-VP12” Cancel reply