We have already tried out laser engravers ourselves. The manufacturer ATOMSTACK has now launched two new models, the A5 M30 and A5 M40. Besides reliable and fast work, it is also supposed to be very safe.

The obligatory note right in front: Laser gravers are not toys! A laser can cause serious injuries to the eyes or even blindness if used carelessly. The engraver should be operated in a separate room and absolutely out of reach of children. Under no circumstances should you look into the laser during operation. Safety glasses and/or an appropriate cover over the unit are strongly recommended during operation. However, when used correctly and with appropriate precautions, engraving is generally safe.

In return, ATOMSTACK has built in appropriate safety features to reduce the risk as much as possible. In the event of most errors that can occur during engraving, the laser immediately switches off automatically. This happens, for example, if the engraver itself is moved (if something bumps against it, for example, a sensor detects this) or if the input signal is interrupted. The device can also be switched off manually via an emergency stop button. 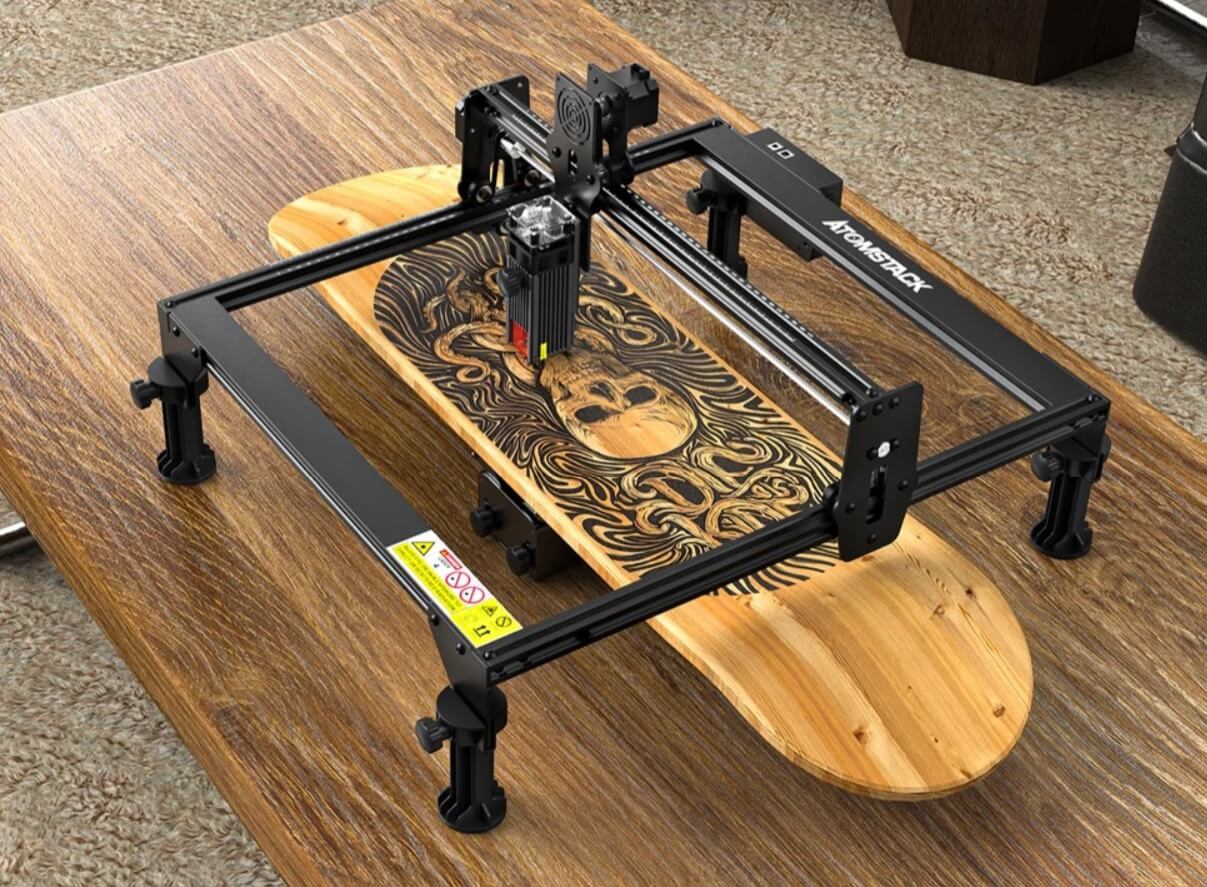 Flames can also be detected and lead to an immediate stop as well as an alarm sound. To avoid the latter from the outset, the laser also deactivates after a few seconds if no more movement of the ATOMSTACK A5 M30 laser module is detected, i.e. the laser is pointed at one spot for too long.

To protect the eyes, the laser itself is surrounded by a protective cover. According to the manufacturer, this actually eliminates the need to wear protective glasses. Instead of a cover for the whole device, only the actually dangerous part – the laser itself – is covered. I wouldn’t simply rely on that, with such a sensitive topic, caution is always better than indulgence and an additionally worn pair of protective goggles is not wrong.

According to the manufacturer, the engraver is supposed to work precisely and quickly, outperforming comparable models on both counts. The focal point is only a quarter the size of other models and has an accuracy of 0.16 x 0.19mm. More than 1,000 gray levels are possible for photos, which makes it possible to see especially many details. 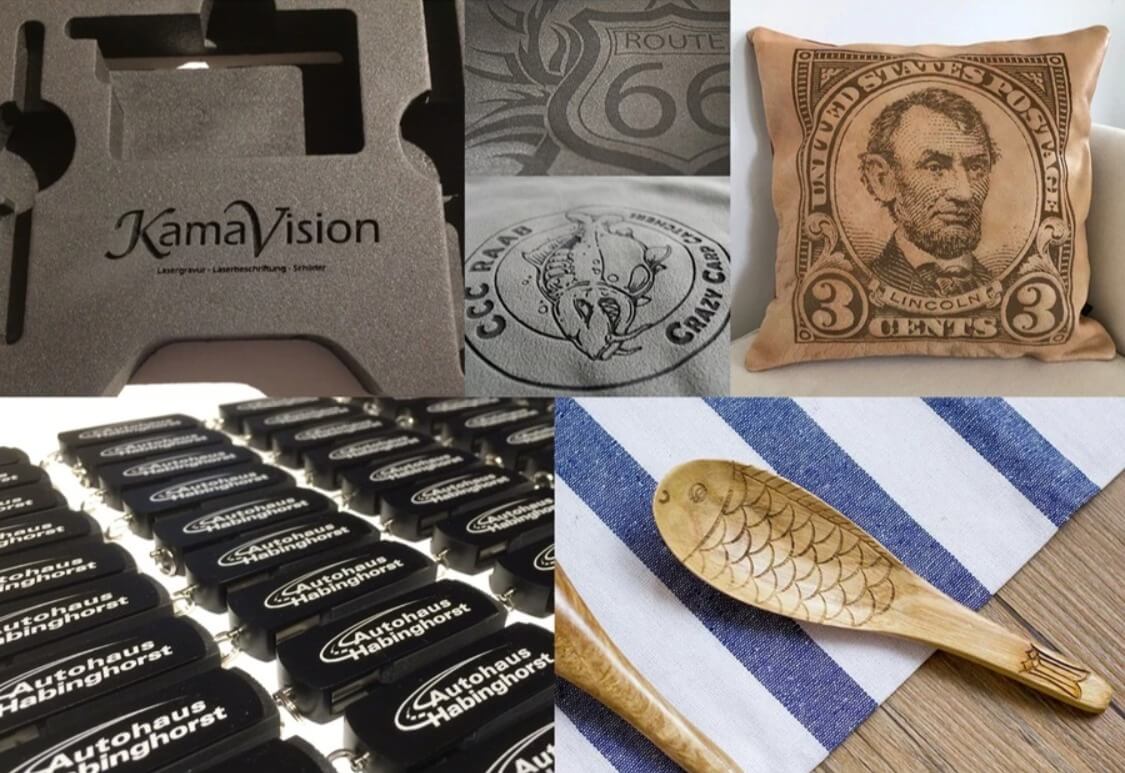 With the current new firmware, the ATOMSTACK A5 M30 also works faster than was possible with previous versions. The speed is between at least 4,000 mm/min and 10,000 mm/min. With a USB CDC interface, you also get a baud rate of 2 million, which further reduces the duration of engraving.

In contrast to its direct predecessor, the ATOMSTACK A5 M30, the duration is said to be reduced to up to a third of the time.

Materials that can be engraved range from paper, wood and leather to stone or glass and various metals such as aluminum, steel and copper. ATOMSTACK provides a listing on the product website. The Engraver has a CE certificate and also certificates for FCC, RoHS and FDA.

Be the first to review “ATOMSTACK A5 M30” Cancel reply