The Minisforum Deskmini UM300 offers the same “easy-open” chassis, a solution that allows the top cover to be unlocked with a single gesture to access upgradeable components. There is then an M.2 2280 SSD slot in SATA format, a slot for 2.5″ SATA storage as well and two DDR4 RAM slots for dual channel processing.

This is a big difference from the previous model, which admittedly had a Ryzen 5 3550H chip on board, but only a single RAM slot. The difference is not the amount of memory on board, but the higher bandwidth offered by the dual channel of the two memory chips that can be on board.

As for the rest, we find a classic configuration with an Intel AX200 Wifi6 card also offering Bluetooth 5.1 as well as a fairly wide range of connectivity. On the front of the chassis, we find a dual microphone to control a virtual assistant under Windows 10, a USB Type-C 3.1 Gen2 port with video support, two other USB 3.1 Type-A ports, one of which has a PC off charge function, useful for powering a smartphone or a camera, a jack port combining microphone input and headphone output and the device’s start button. 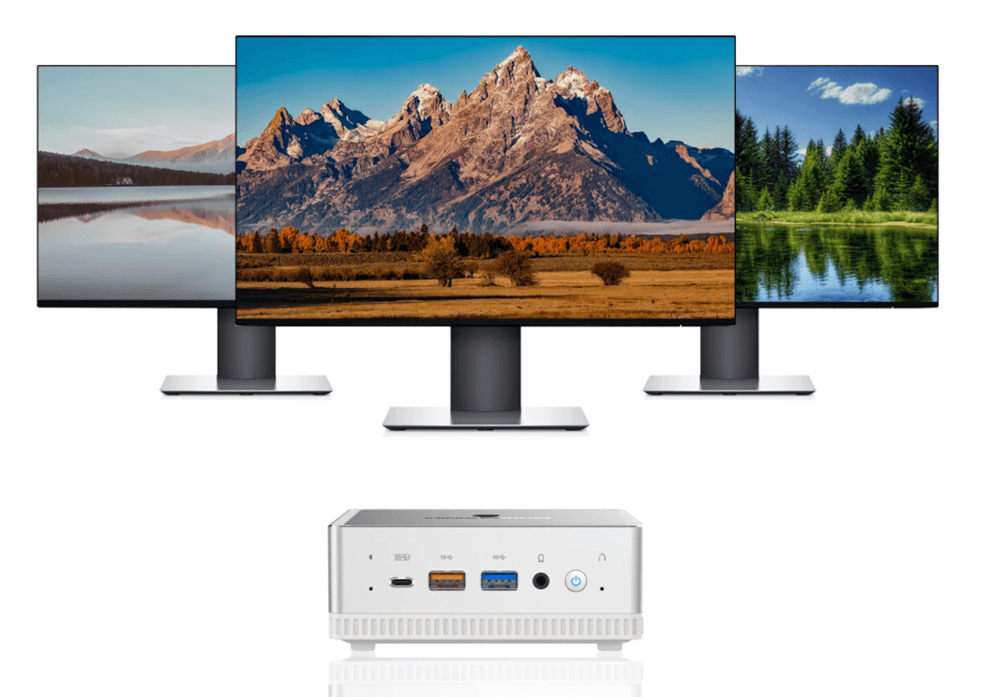 The back of the Deskmini UM300 is quite complete and again looks similar to the previous machine. We can assume that they share the same chassis and measure the same size: 5.1 cm high and 12 cm on each side. There are two USB 3.1 Type-A, an HDMI 2.0 output and a DisplayPort, which will allow three UltraHD screen outputs. Two Gigabit Ethernet ports are present to drive two separate Ethernet networks. A Kensington Lock port is also integrated.

The chassis is identical, the technical positioning is the same with the presence of a fan under the machine and thus the AMD Ryzen 3 3300U processor and its 15 watts of TDP. This chip is a quad-core with as many threads that runs from 2.1 to 3.5 GHz with 6 VEGA cores at 1.2 GHz and has 6 MB of cache. A powerful chip for classic office, web and other uses, but also capable of teasing a little 3D, decompressing UltraHD without worries on multiple screens in parallel and adapted to a complete use of a family PC. 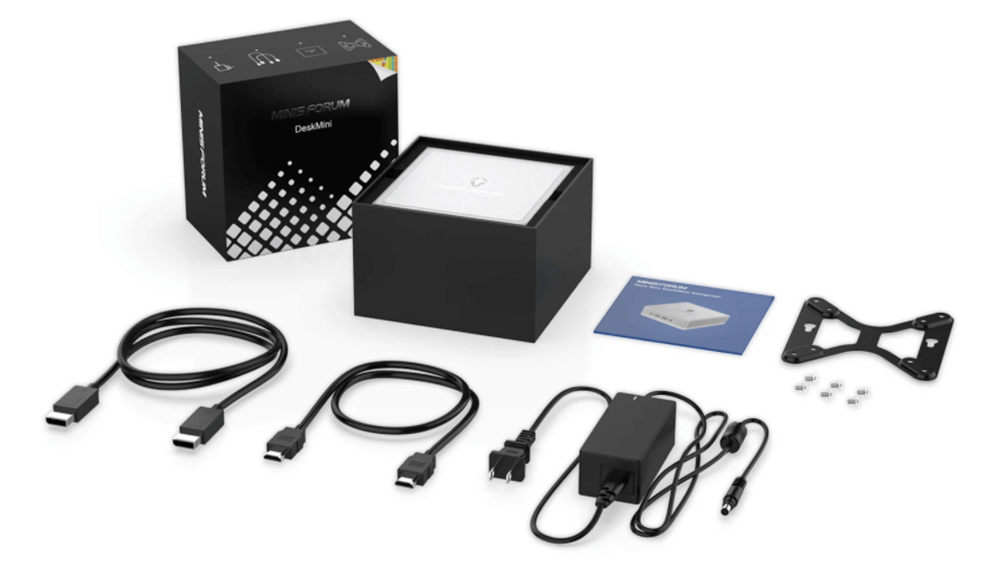 It’s worth noting that, after having talked to laptop cooling specialists during my holidays, my fears about the positioning of the processor underneath the machine have turned out to be unfounded. This obviously depends on the hardware used to cool the processor but the positioning under the motherboard is not necessarily a major obstacle in the quality of the overall dissipation of the machine. This is now well managed even if, obviously, it is preferable to play the laws of physics to our advantage by positioning the most heat-generating elements at the top of the machine. In reality, this only affects the operation of the machine a few degrees Celsius at the most. The main thing is that the size of the ventilation solution is sufficient for the whole system to be able to ‘handle’ the watts generated by the chip. The only drawback of this type of solution is that the chip will not have the means to cool itself passively. In other words, this type of construction, with a processor of this kind, will always leave the ventilation on. This may be weak, slow and almost inaudible even with your ear to the MiniPC, but it will always be active.

This Minisforum Deskmini UM300 is therefore a fairly complete machine, quite nice in this lighter finish, and capable of driving most classic applications: word processing, spreadsheet, image editing, light video editing, web and even some games thanks to its Radeon Vega 6 graphics processor. It is also well supplied with connectivity and rather discreet. Delivered with a VESA adapter, it can be easily connected to the back of a screen or on a piece of furniture to be almost invisible.

Be the first to review “MINISFORUM DeskMINI UM300” Cancel reply