Minisforum has announced the first own mini PC with a 7-nanometer combo processor from AMD. The HM50 houses the Ryzen 5 4500U mobile CPU – not the latest model, but still powerful with six Zen 2 cores and well suited for work PCs. 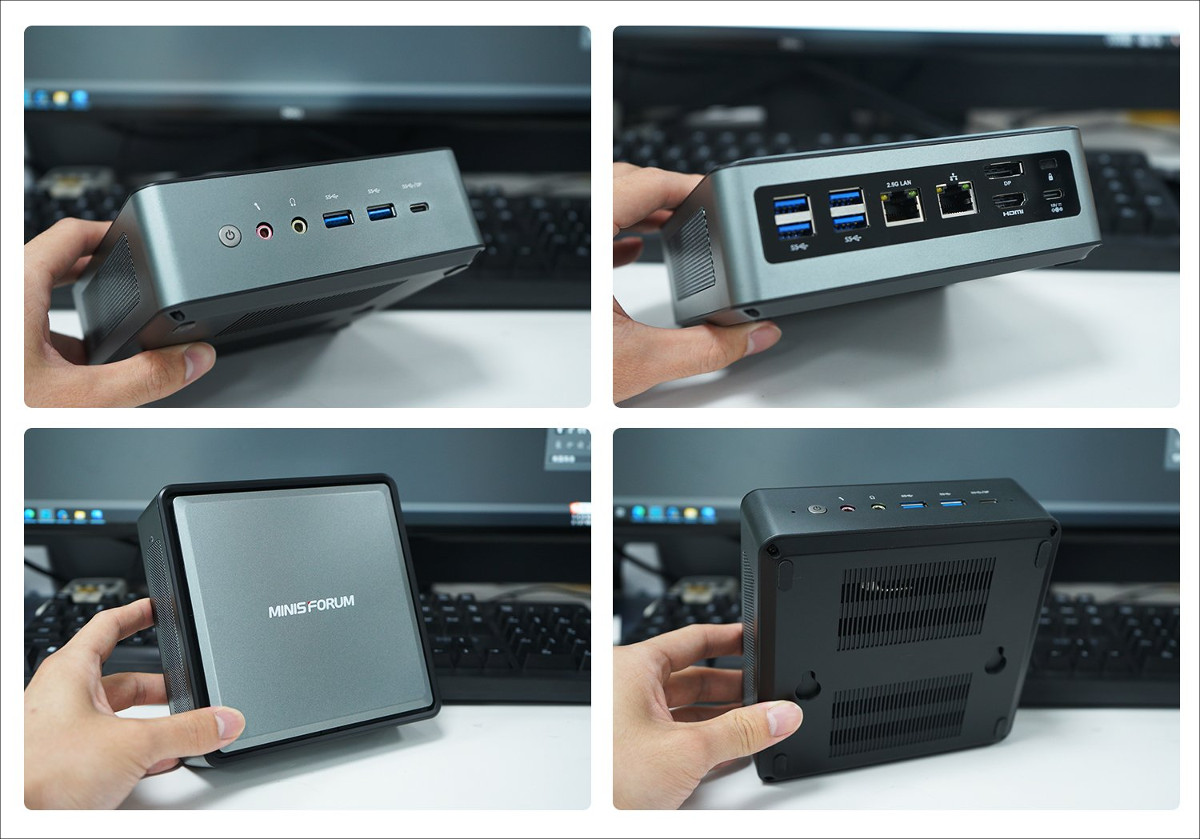 On the port side, six USB Type A ports are available, including two USB 3.2 Gen 2 (10 GBit/s) and four 3.2 Gen 1 (5 GBit/s, formerly called USB 3.0). A Type-C port also transmits a DisplayPort 1.2 image signal, so three Ultra HD monitors (3840 × 2160 pixels, 60 hertz) can be operated together with the DisplayPort 1.2 and HDMI 2.0 output on the back. The external power adapter supplies the mini-PC with power via an additional USB-C port.

With two Ethernet ports, including one each with 1.0 and 2.5 GBit/s transfer rates, a NAS construction with the mini-PC would be conceivable, for example. The mini PC wirelessly uses the Wi-Fi 6 network and Bluetooth 5.1. The HM50 has room for three data carriers: an M.2 SSD with PCI Express connection (3.0 x4) and two bays for 2.5-inch models. 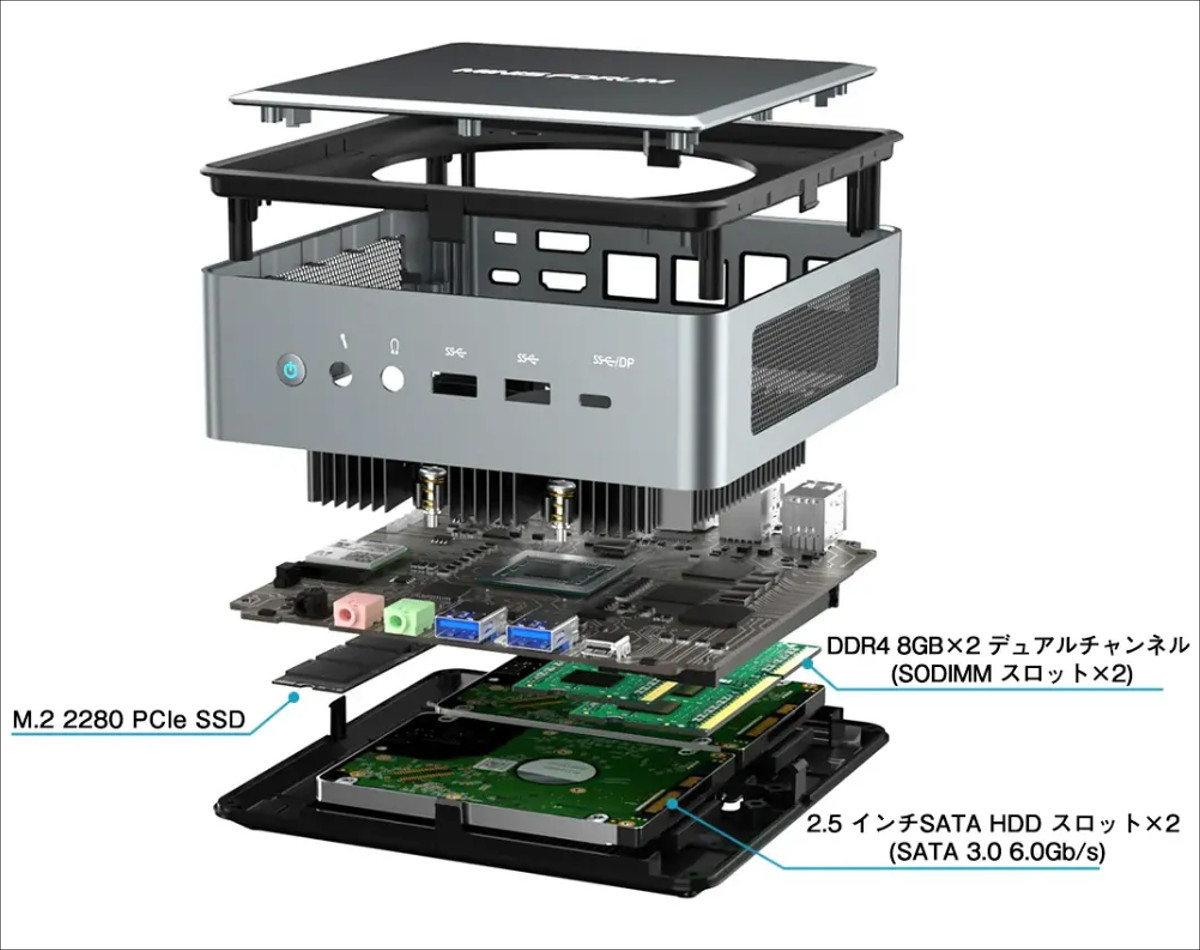 Minisforum always installs two 8 GB of DDR4 RAM in the HM50, but they can be exchanged thanks to SO-DIMM modules. Windows 10 Pro is optionally preinstalled on a 256 or 512 GB PCIe-SSD. The cheaper variant costs 700 US dollars, the more expensive 740 US dollars.

Currently, the manufacturer sells the HM50 exclusively via its own US store. Shipping to Europe is free, but import costs will be charged here. Usually, British retailers like Amazon UK also sell Mini Forum PCs – shipping would be faster from there, but also with customs duty. Delivery should start at the beginning of May 2021 at the latest.

Be the first to review “MINISFORUM HM50” Cancel reply