Cubot relies on an old acquaintance with the Helio P22 processor and does not do anything wrong with it. Cubot manages to adapt the system perfectly to this CPU and extracts quite a bit of performance. Under full load, you might notice a slight thermal throttling, which means the device clocks down to avoid overheating. Nevertheless, I was able to master all daily tasks with the Cubot without problems. There were no jerks or dropouts and if you do not want to play a high-end game, the Max 3 does a good job. 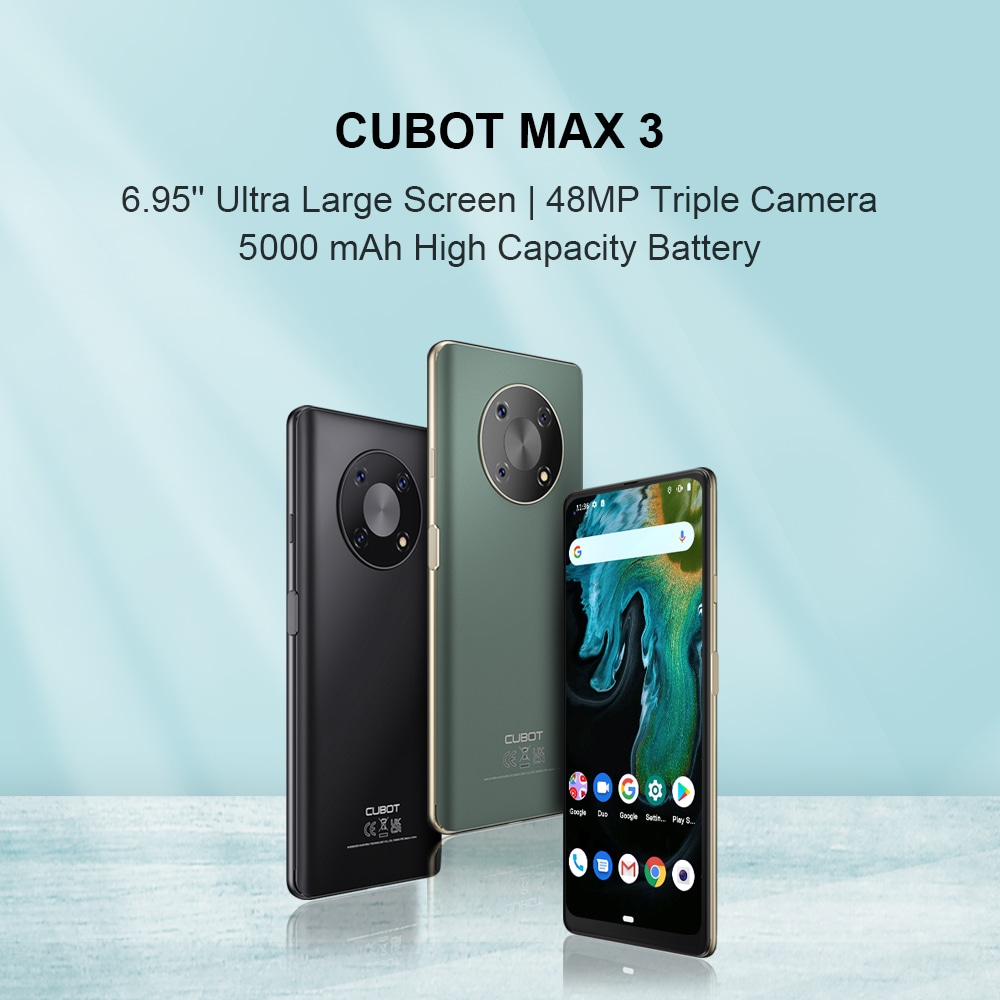 6.95 inch display power. Well, not quite, because the notch is located in the upper right corner. Yes, Cubot has moved the notch to the right corner of the Max 3. Whether this is more appealing than placing the notch in the center of the display is, like so many things in life, a matter of taste. What cannot be argued about is the quality of the display. It is really good and if Cubot had not cut corners and at least used FHD instead of 1460 x 720 pixels, it would have been very good.

On a positive note, the notch has been integrated very well into the system so that no displays etc. are covered. However, this could also be due to Android 11, which has been optimized for such displays.

The touch points react reliably, so even quick-typists or sliders will enjoy the Cubot Max 3. According to the manufacturer, the display glass is Gorilla Glass 5… However, I would be skeptical about the low price of the Chinese phone, and it is difficult to verify the statement. However, after the device spent some time in a bag with an apartment key and reappeared without any scratches, we can at least assume some kind of display sealing. The edges of the Cubot are pleasantly thin with 3 mm on the sides, 5 mm at the top and 8 mm at the bottom.

The Cubot Max 3 knows how to convince in many areas. The display is really nice despite the relatively low resolution. The battery life is an absolute highlight. Cubot also hardly has any weaknesses in terms of build quality, connectivity and feel. Unfortunately, the handheld falls short in terms of speakers and camera. The weak camera performance, especially in low-light conditions, and the cheating package with the 2nd sensor cost rating points and also a few sympathy points. However, the price-performance ratio of the Max 3 is very good. You don’t get a camera phone for just under 130 Euros, but a workhorse with a large display.

Be the first to review “CUBOT MAX 3” Cancel reply