FIIDO and LAOTIE offer a full lineup of electric bikes, and of all the ones we tested, the D4S Pro probably represents the best compromise between size, portability and riding pleasure. It shares the design with the D1 or M1, and many other features with the latter. The main difference is the 20-inch wheels, which improve control and make pedaling more comfortable.

The low-barrel design, but not too low, offers the best compromise between riding comfort and design, and makes it more similar to western standards. It will arrive totally assembled, you just need to insert the saddle, screw in the pedals and place the rear reflector under the saddle.

The 20″ wheels are paired with a disc brake, front and rear, and a seven-speed Shimano transmission. The kickstand is height adjustable, which is not a particularly useful feature, and is positioned almost centrally to the frame. All controls are placed on the handlebars.

As with all other Fiido models, the LAOTIE X FIIDO D4s Pro is foldable into itself. The main barrel folds in two, the handlebars rotate 180 degrees, and the seat can be lowered to take up as little space as possible. When folded it will have a footprint of only 80 x 64 cm, and about thirty centimeters in depth. It weighs 18.5 kg, so you can easily fit it in a trunk or load it onto public transportation. It’s still not light enough to carry it with ease over a long period of time. 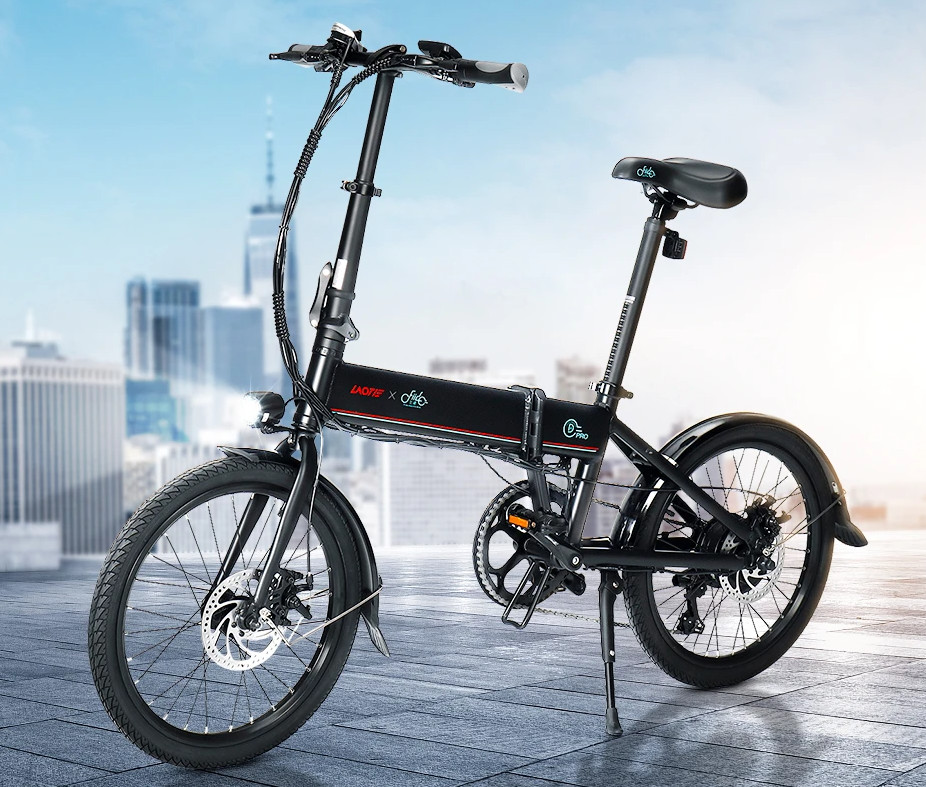 The worst aesthetic detail is the bundle of cables connecting the handlebars with the gearbox and electronics for electric propulsion, which is very visible at the front of the bike. There will probably be a way to better manage the placement of the cables, which need to be longer than necessary to allow it to be folded without having to disconnect other components.

Next to the left handlebar grip is the on-board computer that allows you to turn on the bike, display speed and set riding modes. The Shimano shift control is located next to the right handlebar knob. As with other Fiido models, a portion of the right knob can be rotated and acts as a throttle.

We recall once again that currently electric bicycles equipped with accelerator are considered on par with mopeds by the Italian Highway Code, so for road circulation would require an adjustment (registration, helmet, insurance, etc.), while there is no problem to circulate in private areas or off-road. The law is much debated, so we do not exclude that there could be changes in the months to come.

The D4S Pro offers a riding sensation very similar to traditional bicycles, which cannot be said about other models, due to the tiny design and small wheels. The 20″ wheels of the LAOTIE X FIIDO D4s Pro offer more safety on the road, and even though it is not equipped with shock absorbers, the ride comfort is very good. Even off-road the driving sensations remain good, with optimal stability and ride control.

There are three riding modes, one totally natural with no report from the 250W motor, one pedal-assisted and one fully electric (via the throttle). The pedal-assist mode is adjustable on three levels, selectable from the on-board computer. The first level will bring the electric motor into action with a power of 25%, the second level will bring the power to 50% and the third level will bring it to 75%. The result will be that you will be able to keep a cruising speed, without particular effort, of 20, 25 and 30 km/h respectively. 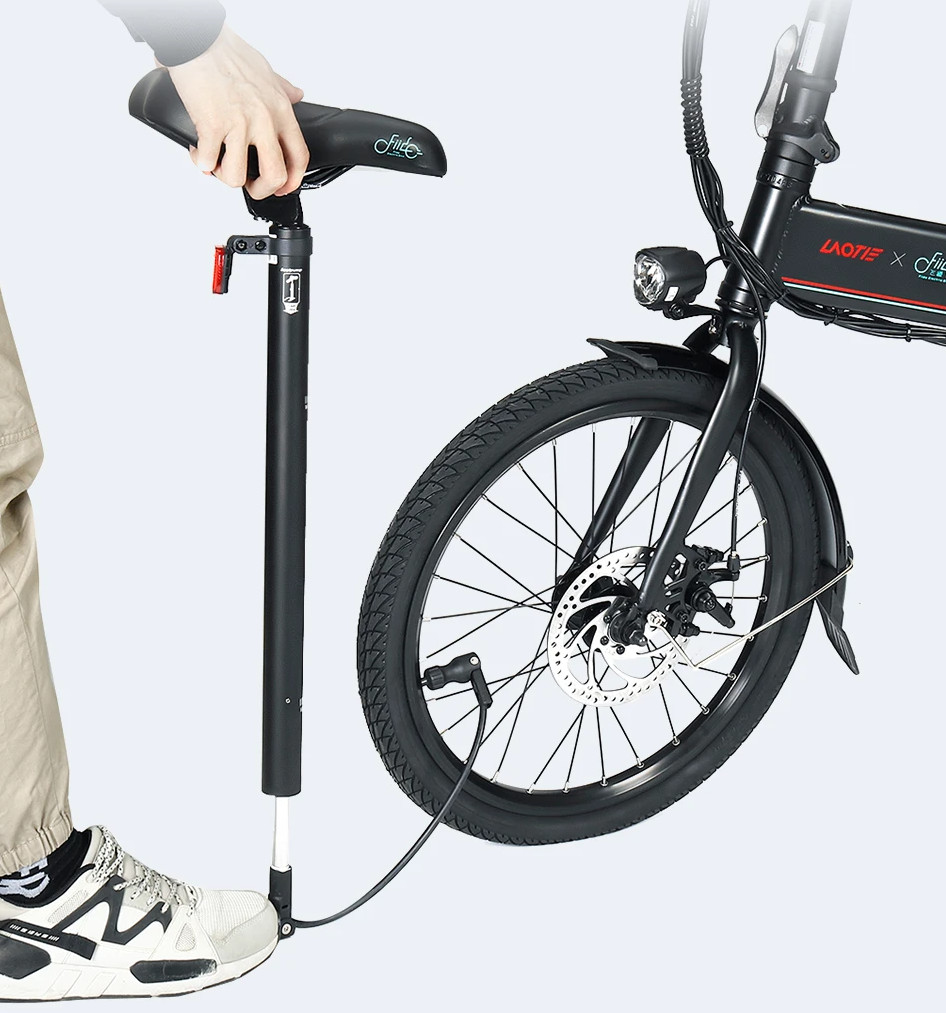 If you want to have fun in private areas or off-road, you’ll unlock the 30 km/h limitation, simply by holding down a brake and turning the accelerator before starting the bike. In unlocked mode the electric motor will let you reach a speed of about 35 km/h.

In pedal-assisted mode you’ll be able to cover about sixty kilometers, which drops to about 40 in full electric mode. Fiido speaks of 80 km of autonomy, a distance achievable only with the lowest level of intervention by the electric motor. A really not bad result for an economic bicycle, which also recharges in about seven hours.

The stand, placed almost centrally, is an unfortunate choice because if you move the bike without first raising the stand, you risk bending it if it comes into contact with the pedals. All other Fiido bikes have the stand placed next to the rear wheel, away from the pedals.

The D4S Pro is not Fiido’s most compact electric bike, although you can easily fold it up and load it into your car or transport it on public transportation. If you want a truly compact model, you should give the Fiido L3 a chance.

LAOTIE X FIIDO D4s Pro is probably the best compromise between the current Fiido models for those looking for a long range (over 80 km) and excellent driving comfort, especially given by the 20 “wheels. At a little less than $899.99, you will take home a valid eBike, perfect for getting around in the city but also suitable for those who live in the province and need to cover greater distances.