To speak of a Fiido e-bike is to speak of a brand with recognized prestige in the world of urban folding bikes. Its model Fiido D1, has been a success in sales, conquering buyers from all over the world even when shipments are normally made from China, and it carries a certain level of waiting.

But if so many people have the patience to buy these imported Fiidos, it’s for a reason. The Chinese brand’s Urban and Folding e-Bikes are an example of good finishing, intelligent design, and good work. That is, without dazzling fireworks, or stridencies of design, but with all the ingredients that a good folding electric bike should have.

And now this Fiido L2, has been presented as one of the FlagShips of the brand, with all that this implies. That is, to be a model to follow, a reference and an example of the characteristics of the other models of the firm: Robust Design, Comfort and Simplicity. But this bike also adds power and a 20Ah battery. 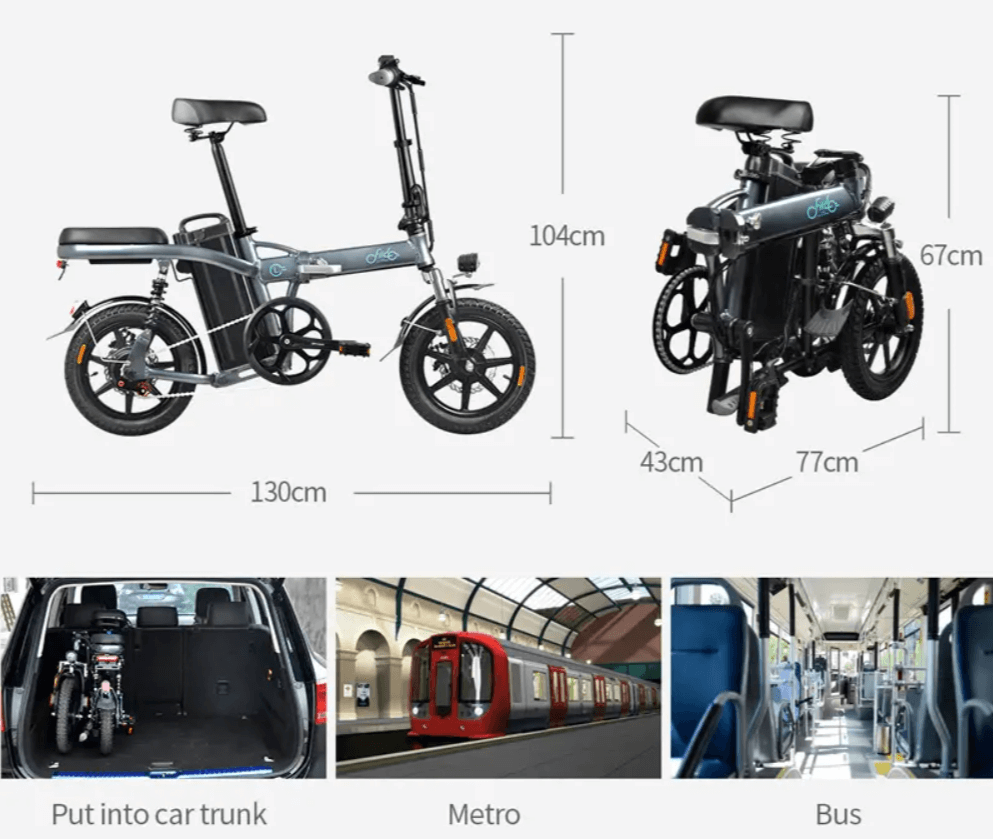 To let you know everything you need to know about this electric bicycle from Fiido, we recommend you take a look at the most complete Review we have found online and that you can watch in the following video. However, here is a detailed analysis of the best and worst you can find on this e-bike.

This is a small format electric bicycle, very much in the style of the Fiido D1, and similar. However, it has several peculiarities among its specifications that are worth noting.

What you will notice most about its design is the existence of a second seat. There it is, because they have put it, although it does not go beyond being anecdote because in no case we will be able to surpass the 120 kg of weight, reason why it is not recommendable to use the second seat for an adult.

Although, what really shines this bike, is the quality of construction materials, welding and adjustments. You won’t often hear the classic tinkling of other cheap electric bikes. On this one everything is well adjusted.

As a good urban bike, one of the most important points to consider is the folding system. And on this bike, this aspect is very well taken care of. No stridencies or strange inventions, but easy and simple.

You just lift the lever and fold the bike in half. Obviously the handlebars can also be folded with a similar system, just as the saddle can be removed, and likewise, the pedals also yield to the folding very easily.

To make the electric scooter easier to transport and handle, the designers have added a handle in the middle. Its location, right at the junction between the two main components of the frame, and close to the folding point, makes it a very suitable reinforcement for the strength of the device.

Another aspect that draws attention is the large battery right under the seat. With a capacity of 20Ah, and the possibility of giving us an autonomy of up to 190 kg with a mixed use, which you will surely appreciate.

In addition, its battery is removable, so you do not have to spend the drink to climb (or put) the electric bike at home every day … And this feature is a success since the Fiddo L2 weighs about 26 kg.

As far as autonomy is concerned, it will obviously depend on both the driving mode used (automatic, mixed or manual) and the characteristics of the terrain, as well as our own.

The disc brakes are undoubtedly another of the great successes of this urban bike. A double disc system of disc brakes, which are capable of braking completely in just over three meters.

Although, due to the characteristics of the device, it is advisable not to lock the two wheels at the same time, to avoid frights. Although braking only with the rear brake, it will take us about 4-5 meters in optimal conditions.

Be the first to review “FIIDO L2” Cancel reply