The TRIGKEY Speed S3 is 12.6 cm wide, 11.3 cm deep and 4 cm thick… exactly the same dimensions as the Beelink SER3. Its equipment is identical with a 4-core processor and 8 threads clocked from 2.3 to 4 GHz and supported by a Radeon RX Vega 10 graphics circuit.

The RAM is 8 GB basic but two SoDIMM slots are available for a maximum of 64 GB. Storage is entrusted to a scalable 256GB M.2 2280 PCIe NVMe solution. A 2.5″ SATA 3.0 slot is also available to expand the device’s capabilities. 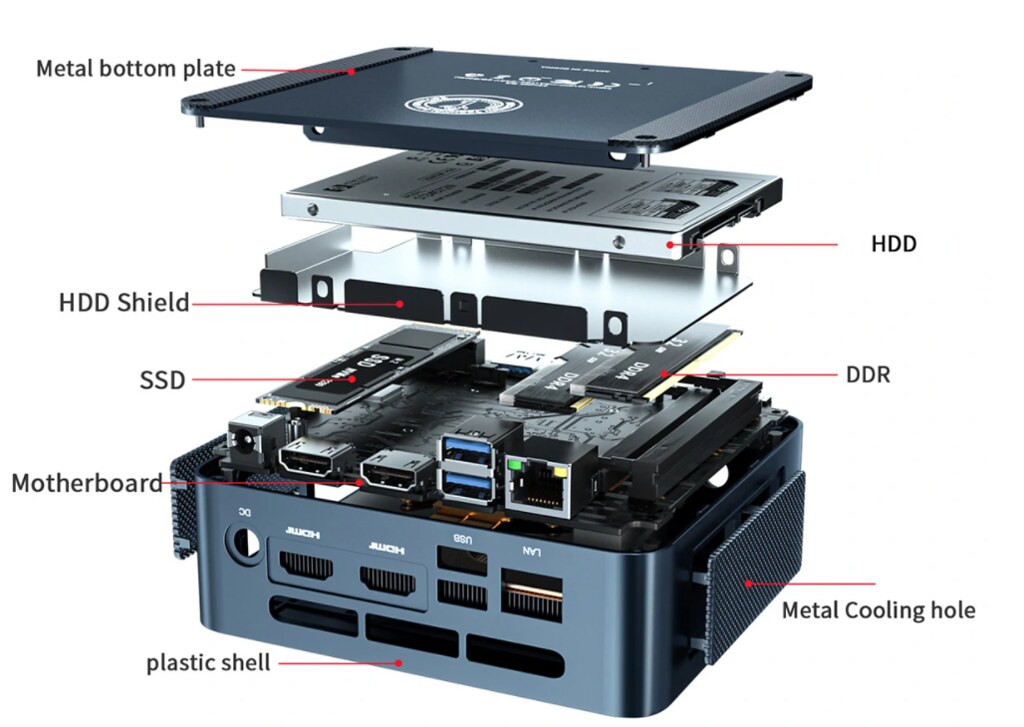 The cooling is managed by a double copper heat pipe and fan-cooled fins typical of this kind of solution. The connectivity is very complete with the same set of ports as the Beelink: four USB 3.0 ports, a USB 3.1 Type-C with DisplayPort output, an audio combo jack, a Gigabit Ethernet and two HDMI 2.0. Enough to drive 3 displays simultaneously and connect enough elements to replace a traditional tower. The brand mentions a Thunderbolt 3 port on the USB Type-C socket… which is obviously not the case. Since AMD chips don’t have native support for this particular format, this is probably a misinterpretation of the simple video support of the USB Type-C socket. The wireless part consists of a Wifi5 and Bluetooth 4.0 module.

It’s hard to see any interest in this TRIGKEY Speed S3 against the Beelink SER3. Both models probably come from the same assembly factory and the motherboards as well as all the components are probably identical. The only positive point in this release may be to push to a small competition on the prices between the two models.

Be the first to review “TRIGKEY Speed S3” Cancel reply