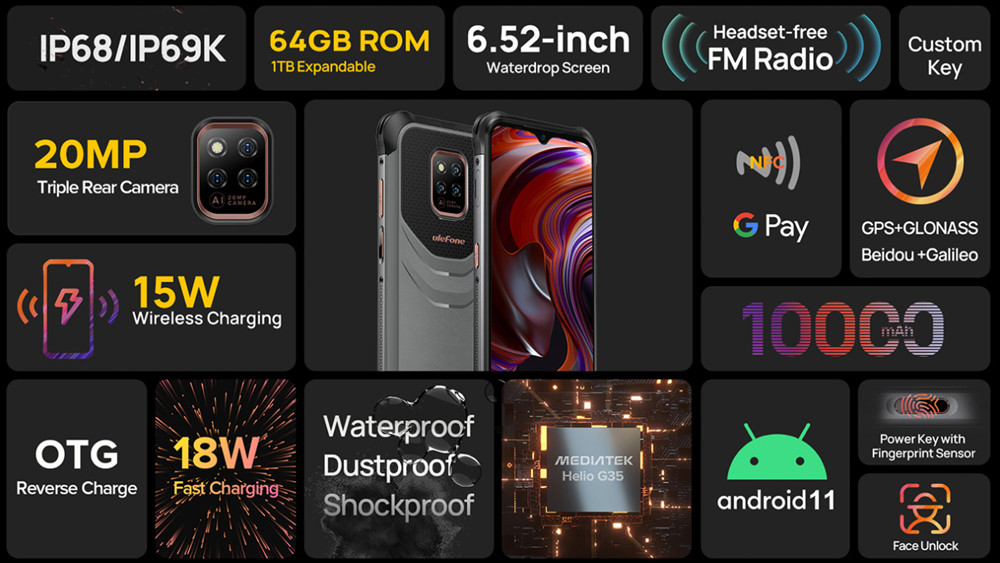 But let’s stop at the little things, it’s worth checking out the design, which suggests a very sophisticated phone. The ruggedness is almost invisible from the front, and the back is elegant. 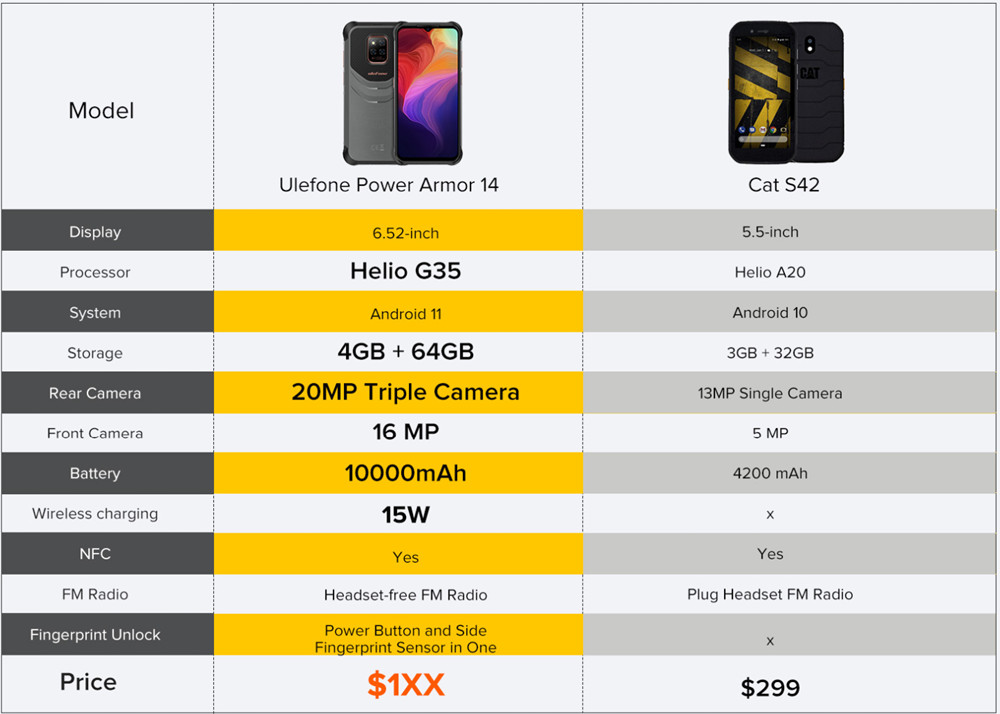 The battery in this case has a capacity of “only” 10000 mAh and there is also 15W wireless charging. The display is large at 6.52″ and the processor is the MediaTek Helio G35 with 4 GB of RAM and 64 GB of storage. It has three rear cameras, including a main camera with 20MP resolution.

Be the first to review “Ulefone Power Armor 14” Cancel reply